The organisations and businesses leading the way in promoting their employees’ wellbeing have been honoured in a brand new awards series. 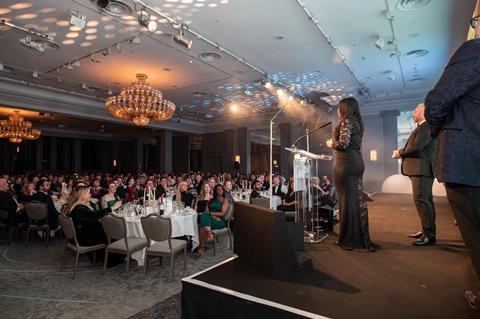 The Great BritishWorkplace Wellbeing Awards were founded last year by the Great British Entrepreneur Awards team and industry specialists Wellity Global to recognise the inspiring response of employers across the UK to the ongoing wellbeing and mental health crisis amongst the working population.

Work-life balance, stress management and personal struggles have increasingly impacted employees in recent years, and were particularly highlighted during the global COVID-19 outbreak when organisations were compelled to pay closer attention to their staff’s welfare.

The final was held for the first time at the Grosvenor Hotel in London and was hosted by radio presenter and opera singer Wynne Evans, who also interviewed former world champion boxer Frank Bruno MBE live on stage. Seventeen awards were given out to the applicants whose efforts to innovate their company’s wellbeing policy had the biggest impact on the judges.

The awards were judged by a panel of industry experts and campaigners for better standards of wellbeing and mental health support, including Simon Blake OBE, CEO of Mental Health First Aid England, and Amanda Webb from Gymshark.

The Great British Workplace Wellbeing Awards is one of several series run by the Great British Entrepreneur Awards founders, who were blown away by the huge number of applications they received in its inaugural year.

Co-founder of the awards Francesca James is eager to see the event put on annually following its success: “We were proud to see the awards generate somuch enthusiasm and participation from the opening of applications through to awards night, and found the stories of the finalists to be immensely inspiring.

“Recent times have been tough for everybody, but the commendable efforts of our finalists to push for the workplace wellbeing standards we all deserve are a real glimmer of hope that things will get better with collaboration and understanding. Congratulations to the award winners!”

Simon Scott-Nelson, co-founder of the Great British Workplace Wellbeing Awards and CEO of leading wellbeing training consultancy Wellity Global said: “It’s been a great honour for Wellity to partner with the team behind the Great British Entrepreneur Awards, who share so many of our values when it comes to improving the welfare of working people. Whilst hard work and a hunger forsuccess is applaudable, we mustn’t forget that a build-up of seemingly small pressures and anxieties can escalate into complete burnout.

“It’s been uplifting to meet so many strong leaders working to protect their staff from this outcome and begin to consider how working and personal lives intertwine, one being impacted by troubles and stresses stemming from the other. It has been so impactful to read the entries and see the unequivocal expressions of support from employers and colleagues demonstrated by thefinalists.

“Mental health challenges are common and life-affecting so, considering how much of our lives we spend at work, it’s important that it’s brought into mainstream discussion and held in the highest importance by employers.

“We hope to see this programme continue as more of us commit to improving the welfare of employees and we look forward to seeing how this year’s winners will continue to innovate and lead the way.”

Wellbeing Team of the Year

Best Use of Tech

Most Inspiring HR Leader of the Year

Most Inspiring Senior Leader of the Year

Most Inspiring Employee of the Year