New research from Zurich UK finds that almost a third of women (32%) undergoing IVF hid their treatment from bosses for fear they’d lose their job if they disclosed. 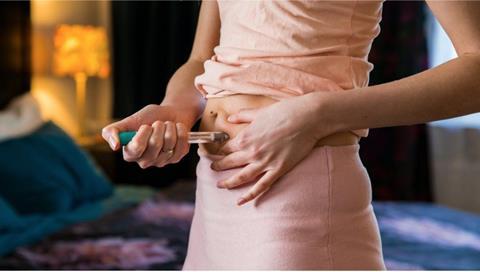 Some women who did disclose reported feeling discriminated against by managers (15%), with more than one in 10 (12%) quitting their jobs entirely.

In a bid to change this, Zurich is partnering with Fertility Matters at Work in their campaign to get fertility leave enshrined in law and protect women going through IVF in the workplace.

Their research found that more than half of women (58%) who undergo IVF treatment do not feel able to tell their employer, with fear of losing their job the biggest reason for keeping quiet, research has revealed.

Worries over career progression and job security are the primary causes of women holding back IVF disclosure, with a third (32%) fearing it would cost them their job and a quarter (26%) concerned it would make them seem less committed to their role.

The findings, from the survey of 250 women who have recently undergone IVF treatment by insurer Zurich UK, highlight the need for businesses to better support employees undergoing treatment as fertility rates in younger women continue to decline.

HR experts warned that inadequate support for IVF in the workplace is damaging women’s careers.  According to Zurich’s research, more than one in 10 (12%) women undergoing IVF quit their jobs due to a lack of support from their employer. Nearly one in seven (14%) are forced to reduce their working hours, with a similar figure (13%) taking on lower-paid roles.  Women in same-sex relationships were twice (27% vs 13%) as likely to take a demotion as those in heterosexual relationships.

IVF is becoming a growing issue for employers, as the number of women having fertility treatment rises.  According to the Human Fertilisation and Embryology Authority, about 53,000 women a year undergo IVF at licensed clinics in the UK – up from 27,000 in 2000. Couples are also delaying having children until later in life, increasing the risk of age-related decline in fertility.

The research found that women who continued working as normal throughout their IVF cycles struggle, with one in five (21%) saying it was the hardest aspect of balancing work and treatment. For a similar number (19%) taking annual leave to go to appointments was the most difficult, while for almost one in eight (12%) needing to use annual leave following a miscarriage was the hardest part of their experience. One in seven (15%) women said they felt discriminated against by their manager.

So, how can workplaces do better?

Although most did not feel able to, women who did tell their employers about their IVF treatment saw significant benefits. The vast majority (64%) said discussing IVF with managers or employers made their overall IVF experience easier or much easier to deal with.

However, in some cases people who chose to discuss their IVF status at work opened themselves to invasive or misinformed comments from their colleagues and managers, including insinuations that they were ‘too old’ (30%) or ‘too young’ (15%) for treatment, or that they could have avoided the need for IVF with better lifestyle changes (40%).

It’s important that businesses do more to make women feel comfortable speaking openly about their fertility treatments. And the best way to do this is by management starting the conversation themselves.

The impact of effective leave

Providing enhanced leave policies was the most important factor in determining whether employees would have felt comfortable disclosing their IVF treatment to their employer. Over half (52%) of women who didn’t disclose their treatment said they would have been more willing to do so if their company had these policies in place.

On top of enhanced maternity, adoption and paternity leave, Zurich UK offers 16 days of IVF leave – which it has had in place since 2019. Zurich also offers one week’s leave plus work flexibility for birth parents who suffer a miscarriage.  In partnership with Fertility Matters at Work, Zurich is calling on the Government to make access to IVF leave a requirement for all companies, bringing it in line with other medical and pregnancy-related leave in the UK.

In addition, Zurich UK will be offering training to managers to raise greater awareness of how fertility treatment can affect prospective parents in the workplace.

Steve Collinson, Chief HR Officer at Zurich UK said: “The journey to starting a family is unique to everyone, but regardless of how a person chooses to become a parent they should never fear losing their job or being left to feel unsupported in the workplace. Enabling women to prosper at all life stages is vital to attracting and retaining high-performing individuals.

“IVF treatment can be emotionally and physically stressful, and the length of the process can mean that women open themselves up to difficult conversations or even discrimination much earlier than those who are able to conceive naturally. Enshrining IVF leave as a right for all women won’t solve the whole problem, but it is a huge step towards ensuring that IVF is better understood and more sensitively handled in the workplace.”

Natalie Silverman, co-founder of Fertility Matters at Work, said: “This is why we are doing the work we do, aiming to guide organisations into a culture shift to really understand the impact of infertility and the struggles people have in bringing home a baby.  Our aim is that along with better awareness of the issue, there is better internal support and signposting. We work with organisations to ensure there is a more consistent approach from line managers as they have been trained to understand what a person needs and feel confident in how best to support them. When we consider just how much of our time we spend at work, we want it to be a psychologically safe space. One that addresses this significant life event that a person might have to go through.”