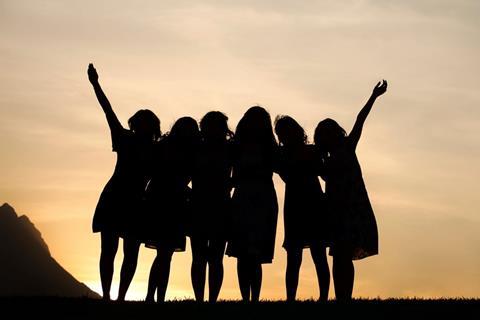 As the Women’s European Championship kicks off with a sold-out match between hosts England and Austria at Old Trafford, the achievements of the sport’s biggest names are in the spotlight.

Sports Stars of the past and present are talking about their career role models and inspirations, whether it’s a coach who believed in them or in the case of former England goalkeeper Chloe Morgan, the character who inspired her career as a solicitor. With research showing the importance of role models in both women’s career progression and encouraging girls into sport - many on LinkedIn are sharing their own inspirations.

Defined by the Cambridge Dictionary a role model is; a person who someone admires and whose behaviour they try to copy.

Oftentimes we think a role model has to be someone who is successful themselves, but that’s not the case - anyone who can inspire you, push you and show you anything is possible can be your role model.

Research shows that role models have three core benefits for women: role models represent and expand what is possible, they inspire women to be more ambitious and aim higher, and they demonstrate the mindsets and behaviours on how to grow.

Here at the Great British Businesswomen Series, we bring together and celebrate the women who are changing the face of business across the United Kingdom - and these incredible women are our role models!

We aim to provide a platform to recognise, celebrate and support women, champion their peers and advocates, and help foster the next generation of female business leaders.

All of our awards categories highlight the amazing work of women across the UK, but our special recognition award ‘The Role Model of the Year Award’ winner will be awarded to a woman who has inspired, enabled or supported other women inside or outside of their business in a significant way.

With the lack of female representation in business now more evident than ever, role models are essential. This award will go to the woman who most inspires her colleagues, and leads by example.

Nominate your female business role model here for a chance to shine a spotlight on their work, and give them the recognition they deserve.

You can also enter the ‘Role Model of the Year Award’ here.

For more information on our awards programme and other categories, you could enter - click here.

Who are your female role models and why? Read the full article here, and share your story in a post using #FollowInHerFootsteps.