The empoWOMENt series - Women in Finance

In this series we will be shining a spotlight on some of the inspiring women who are breaking down barriers, leading by example, and paving the way for the future of women in finance. There are so many incredible women that are changing the financial world, and we wish we could shout about them all - this list rounds up just a few of our top picks of women in finance. 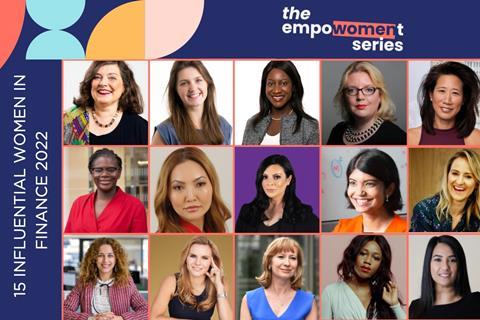 According to the latest figures released through the government’s gender pay gap reporting mechanism, the median gap in the financial and insurance sector is equivalent to women receiving 88p compared to their male counterparts earning £1 - which proves the importance of what we do here at the Great British Businesswoman Awards.

Gender diversity in UK financial services has certainly seen improvements in recent years, with women now making up 43% of the workforce. However, when we look at women in the top levels of financial services, we can still see vast imbalances. According to government statistics, whilst women make up one-third of all board positions in the UK’s FTSE 100 companies, just 15% of finance directors in these companies are women.

This EmpoWOMENt Series aims to spread awareness about the amazing women who are working hard to break these statistics in their industry. We will be shining a light on these women, in hopes to give them the recognition they deserve and inspiring the next generation of businesswomen. 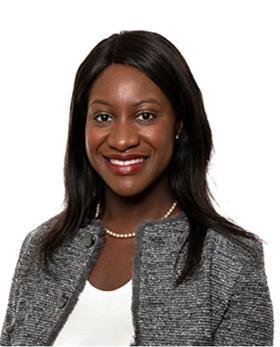 Afua has had a fruitful career in finance and joined the Bank of England after her roles at Barclays Bank, UBS and Ernst & Young. 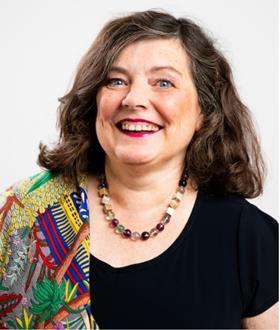 Anne Boden is the Founder and CEO of Starling Bank - leading the charge to deliver fair and innovative financial services. Anne Boden founded Starling in 2014 after a distinguished, 30-year career at some of the world’s best-known financial heavyweights, among which lie Allied Irish Banks, Royal Bank of Scotland and ABN AMRO. Her commitments to the finance world have not gone unmissed and Anne was awarded an MBE for services to financial technology in 2018. 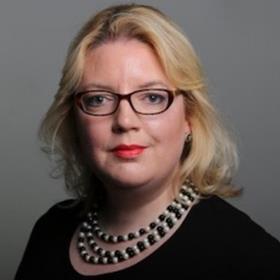 Claer Barrett is the consumer editor and money-making expert for the Financial Times. She writes the weekly Serious Money column and presents the FT’s Money Clinic podcast, where she responds to real-life money questions from a range of millennial guests gearing up to battle the cost of living crisis.

Claer frequently appears as a commentator on radio and TV, talking about personal finance, consumer and small business issues, and her expertise is helping mould a more financially aware society. 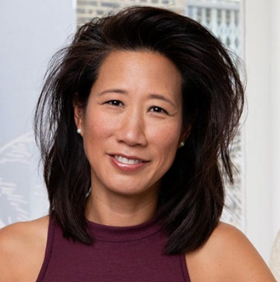 Eileen Burbidge MBE is an American venture capitalist based in London, UK. She is a founding partner of Passion Capital, an early-stage venture capital firm that has invested in Monzo, Go Cardless and Lulu.

Eileen has been called one of London’s most influential venture capitalists and has worked for some of the most reputable companies in the world, like Apple, Yahoo, and as one of Skype’s earliest employees. 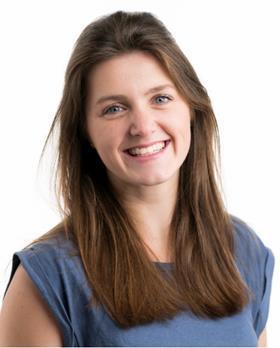 Georgia Stewart is CEO and co-founder of Tumelo – a multi-award-winning impact-focused fintech.

Her vision is an investment system that serves both people and the planet, where shareholders are connected to companies they own. To achieve this, Tumelo’s white-label software helps investment firms engage clients and increase AUM by showing retail and pension investors exactly which companies they own and giving them a shareholder’s voice. 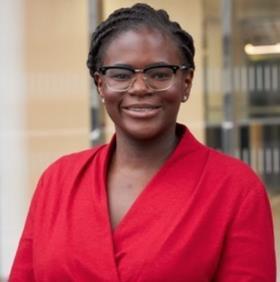 Black Women in Asset Management (BWAM) is a UK-based networking organisation supporting the advancement and retention of black women working in the asset management industry - founded by Jacqueline Taiwo.

As well as her incredible work within the financial and investment industry, Jacqueline Taiwo is also an advocate for black women in finance and is fighting to see more black women promoted within the industry. 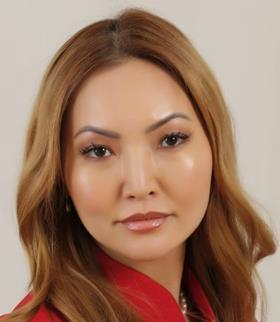 Janthana Kaenprakhamroy success in the fintech industry has seen her listed by Forbes as number 6 of the Top 100 Women Founders to watch, and among the Top Ten Insurtech Female Influencers according to The Insurance Institute.

Janthana has been open about arriving in London from her home in a small village in Thailand, with no job and little money. Now founding the multi-award-winning insurtech business Tapoly, Janthana is a true inspiration for women in this industry. 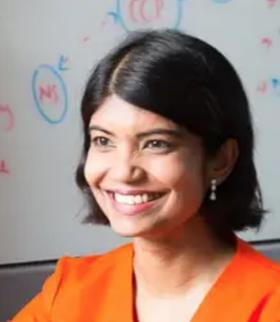 Kaushalya is the Head of Payments, Industry Relations & Partnerships of Square UK. She oversees corporate governance, regulatory matters and relationships with industry partners. Kaushalya often takes part in industry panels and public fora, as a key speaker, representing Square UK and the merchants it supports. She was listed among the top 100 Women in FinTech by UK Innovate Finance in 2017 and has earned numerous accolades and recognitions for her contribution to the shaping of the Fintech industry. 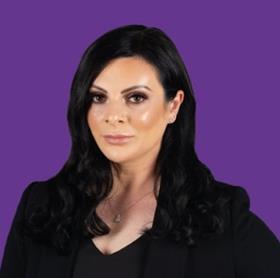 Mazuma was created drawing on Lucy’s childhood experiences of seeing the stress and anxiety that tax can cause for people. She loves small and micro businesses and strives to be ahead of the curve in an industry that has historically been resistant to change.

Lucy’s role in Mazuma is to lead the company forward through innovation, marketing and business development - and she is doing so successfully. 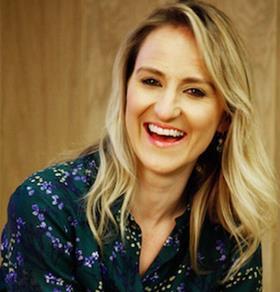 Lucy is Co-Founder and COO of StepLadder, a fast-growing and award-winning fintech company pioneering collaborative finance and revolutionising the home buying process. Through their collaborative lending circles StepLadder are supporting people to buy their first home faster, reach their financial goals, and champion financial wellbeing.

Lucy’s efforts in helping people and their financial wellbeing have seen her win the Female Founder award at the Unbound Innovation awards in 2019 and delivered the winning pitch for StepLadder in the Future of FinTech Battle. 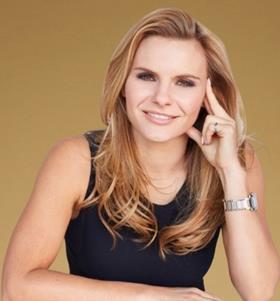 Michele Romanow is a Canadian tech entrepreneur, television personality, board director and venture capitalist. She co-founded Clearbanc, a provider of revenue-sharing solutions to fund new online businesses, and other e-businesses. Her success in the industry and her hard work helped her reach the list of 100 Most Powerful Women in 2015.

For 15 years, Michele Romanow disrupted industries with her innovative business ideas, and at 28 she even became the youngest Dragon on the Canadian Dragon’s Den. 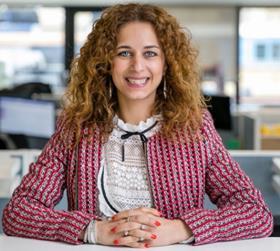 Natasha is Head of Corporate and part of the Management Board at Haysmacintyre. She specialises in advising ambitious, scaling businesses operating in the UK and globally in the creative, media and technology industries. Natasha works with a range of dynamic and innovative businesses to help them achieve their financial goals, grow and expand. 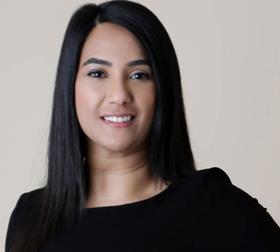 Noreen Biddle Shah launched Reboot., an initiative which aims to shine a spotlight on diversity by telling the stories of minorities working in financial services.

As well as her own business, Noreen is also Head of Marketing and communications at Numis - one of the UK’s leading UK-focused Investment Banks. How she has utilised her experience within the finance industry, and her marketing skills to create a business that is helping other women, and people in minorities, is truly inspiring. 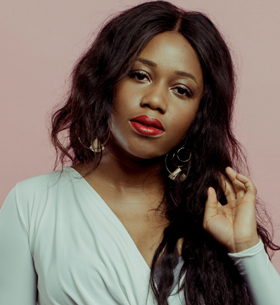 Urenna is an award-winning entrepreneur and founder of Cashmere, a smart savings platform that helps fashion-conscious women and girls save towards and buy luxury goods and experiences guilt-free and without having to dip into their personal savings. Prior to this, she was a financial adviser at a leading wealth management firm, providing financial and investment advice to high-net-worth individuals. Urenna is also a mentor at FFWDLondon, an initiative designed to prepare start-up teams for first funding and successful application and entry to leading accelerators.

Urenna is a passionate and creative innovator who has combined her love for fashion and technology with her background in finance to inspire and influence modern millennial women to enjoy luxury responsibly. 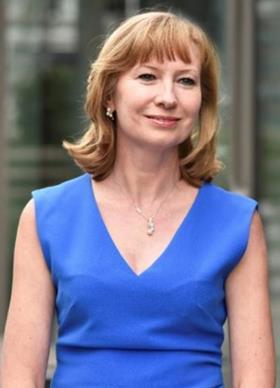 Veronica Poole is vice-chair of Deloitte UK, Global IFRS and Corporate Reporting leader and NSE Head of Accounting and Corporate Reporting. She leads Deloitte’s contributions to the WEF IBC Stakeholder Capitalism Metrics, has facilitated the work of the leading sustainability standard-setters to develop a prototype climate standard, helped launch the UK Directors’ Climate Forum—Chapter Zero, and spearheaded Deloitte’s partnership with the A4S Finance for the Future Awards. She has been making incredible changes and setting new standards for the finance industry to follow.

Are you a businesswoman within the finance industry making changes, with a story to tell? Why not enter this year’s Great British Businesswoman Awards, and let us celebrate you and your achievements - enter here.

You can also nominate someone you know, who deserves to be shouted about - nominate here.