A Cwmbran company has been named as the UK SANY dealer of the year in only their first year of operating a regional dealership for the international plant manufacturer.

Fitzgerald Plant Services (FPS) were awarded the dealership which covers the whole of Wales in 2020. It was the first dealership taken on by FPS and the company invested in recruiting a sales team and training their own engineers to work on SANY excavators. 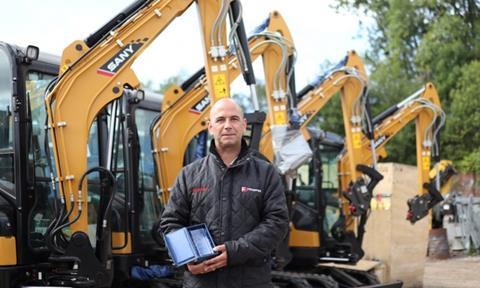 At the awards dinner that took place earlier this week in Derby, Lee Perry, Business Development Manager for the SANY dealership was also named the best sales representative, selling more units than anyone else in other 20 UK SANY dealerships.

“We are delighted to have been awarded the SANY Dealer of the Year for 2021 and personally I am very proud to be named as the best sales rep. It is a fantastic accolade for all the hard-work and effort the team have put in throughout the year, to deliver the SANY range of excavators to our customers.” 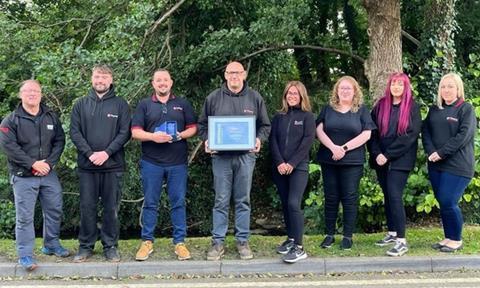 Commenting on their success, Chris Fitzgerald, director of FPS said, “We are very proud and pleased to have won these two awards. Our sales team have worked tirelessly to quickly grow and develop the customer base that now includes companies operating in the plant hire, groundworks, utilities, and civil engineering industry sectors as well as farmers. SANY is still a relatively new company in the UK themselves and have not previously had a base in Wales which makes the results achieved by our team that much more remarkable.”

“Looking forward, we will continue to deliver the high standard of service that we pride ourselves in and maintain our strong relationship with SANY, while welcoming opportunities that complement our existing portfolio and further develop our business growth strategy.”

Prior to winning these two awards, FPS had decided to open a second SANY dealership in Wales. Located in Corwen, near Wrexham this will officially open later this month and will include a showroom and workshops.

This article was originally posted by Business News Wales