A recent webinar hosted by the Great British Businesswoman Series, and  Nancy Hobhouse, Head of Environmental, Social and Governance at EVRi, saw a group of businesswomen come together to discuss building your confidence as a woman, and how to create a growth mindset. 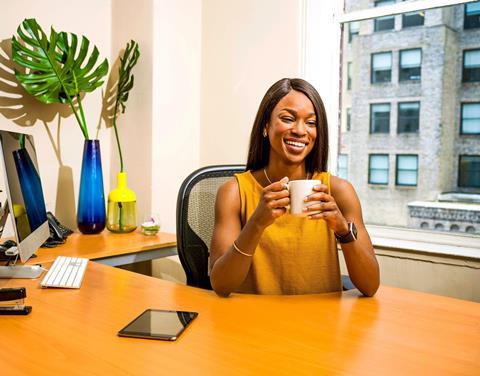 A growth mindset is an approach to life in which an individual believes that their talents, intelligence, and abilities can be developed further. People with a growth mindset seek opportunities to learn, gain new skills, and enhance their existing skills - which is everything we encourage here at the Great British Businesswoman Series.

Discussing what confidence means to them, and explaining their own journey with their confidence Sue Unerman, Chief Transformation Officer, Mediacomstarted the conversation, saying, “To use the old saying - fake it till you make it- and I genuinely believe that. A point arose in my career, probably in my late twenties when I would be going to meetings with ideas, and thinking, should I say it? and then somebody else would say a similar idea 10 minutes later, that wasn’t as good - but everybody would think it was fantastic.

“So I started forcing myself to speak up in meetings to say something, so this stopped happening. One of the ways in which I did this, which I talk about in my book ‘The Glass Wall’, was just to breathe before I went into the meetings. And I would verbally say to myself, ‘you’ve earnt the right to speak up, and your opinion is as valid as anybody else’s, so say something’. And from that point I did. I don’t think that came from any kind of natural confidence. It came from me telling myself to do it and being my own coach - and that’s okay.”

Agreeing with Sue, Nancy Hobhouse, Head of Environmental, Social and Governance at EVRi said, “Fake it till you make it, and self-talk are big things for me as well.”

“I have this great analogy that, if you constantly fake a smile, eventually it’ll turn into a real smile, and I think that’s a little bit like confidence for me. If I talk positively to myself rather than constantly being negative in my head - then I will naturally feel and become more confident.”

Sadie Restorick, COO, Wellity Global asked both Sue and Nancy, how far does ‘faking’ it go?

Sue said, “I often think it’s about being your own best friend, and being your own internal coach. There’s a fabulous Ted talk by Amy Cuddy and she talks about how, if you physically fake confidence, you will then emotionally have confidence.

“She also talks about the power pose which I now do. She basically talks about doing the wonder woman power pose, taking three deep breaths before you go into any meeting and just saying to yourself, I’m great, and I can do this.

“So I don’t think that you should fake it necessarily as in making things up that you don’t know about, but I think there are millions, maybe billions of women out there who know their stuff better than many of the other people that they’re in a room with, but if they doubt themselves, they’ll never reach their full potential.”

Sadie added, “I often talk in sessions, and to myself about turning the ‘ants’, which are the Automatic Negative Thoughts, into ‘pets’,  which are Positive, Energising Thoughts, those thoughts that lift us up.

”Channelling those feelings and looks is something that will help you channel your confidence. I also say to think about someone you look up to and think, What would she do? How would she be behaving? Would she be questioning herself? Would she be speaking to herself like this? And it’s always a no - so channel that energy.”

Going on to discuss how having female role models is a hugely important factor in having confidence as a woman in business, Nancy explained how her role models have helped her along the way, “Luckily I have a number of role models and mentors, which are sometimes combined. For me, they’ve always been strong, powerful women, and that’s probably because I work in a male-dominated industry. So this role model of a strong woman is something I really aspire to, and they’ve always been really confident women on the outside anyway, and as I’ve gotten to know some of them more, they are vulnerable too - I think it’s beautiful to have that balance of being confident and strong, but being vulnerable and empathetic at the same time - and these are the types of people I’ve always looked up to.”

Sadie added to this saying, “I’m equally just as inspired by my mom and everything she’s gone through in life - so inspiration doesn’t come in set packages. Beyond those sort of aspirational role models, I think a big part of it is also who we spend our time with, and how influential those figures are to us.

“There’s a saying, that we’re the product of the five people we spend the most time with - and I think one of those people these days is our social media feeds, and how we are influenced by that. I really have worked quite hard to focus on who I follow, who I listen to, and how I’m influenced by them.”

To conclude, confidence is something that comes from within, and wherever it is that you get that is down to you. The conversation covered important topics such as being your own inner coach, surrounding yourself with positive company who can fill you with inner confidence, and having people of positive influence to look up to.

Surrounding yourself with people and practices that make you feel good, and confident within yourself will ultimately reflect on the outside, and being confident in and out will put you on the path to success.