Victoria Tomlinson, Founder and Chief Executive of Next-Up, the platform that helps pre-retirement employees with workshops, tells us about the importance of valuing women over 50 in the workplace: 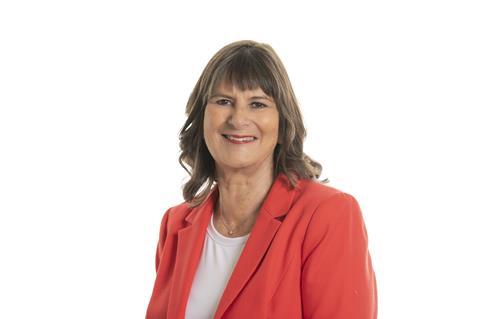 People who don’t feel valued in the workplace are less likely to stay in their roles. As we have recently seen reported in the UK press, the 50+ generation is retiring in droves. Older people have a wealth of valuable experience but do not feel their employers recognise it. Yet, potentially losing the older workforce is counterintuitive to the current skills crisis. Ageism in the workplace is not a gender-specific experience, yet pay disparity figures and fewer women in leadership positions vs men signals that women experience greater levels of age discrimination at work. In the current employment climate, it is down to employers to address where they are failing this demographic. Taking action will benefit individuals, organisations and the economy as a whole. If the UK could match New Zealand’s employment rate for people aged 55-65, the positive impact on GDP is estimated at £182billion, and women make up over half of this group.

The value of older employees

As demonstrated during the pandemic, when workers from various vital industries came out of retirement and back to their professions, the older generation is more than capable. Many of these necessary positions were in sectors with strong female representation, such as education and healthcare.

As women reach their 50s, they have gained a bank of experience to draw from over several decades in the workplace. They have excellent communication skills and a fundamental understanding of what makes people tick. Although older people in the workplace have an unjust reputation for being unwilling to adapt to change, these traits are of enormous value within organisations. Women at this age are also less likely to require flexibility around caring for young families and can step in to cover busier leave times, such as the school holidays.

Despite these facts, research shows that older women are simply not appreciated for what they can offer, and older men are also struggling with prejudice. Analysis of the Office for National Statistics 2022 employment data by Rest Less reported that older people out of work are more likely to experience long-term unemployment, with 20% experiencing up to two years of unemployment. Rest Less has also reported that older employees are less likely to participate in workplace training -the question is why? Are employers providing enough opportunities and support?

Ageism is the last pillar to be tackled by increasing diversity and inclusion activity and is yet to be placed under the same spotlight as the discrimination faced by other minority groups in the workplace. It is currently not uncommon for the negative attitudes against older employees across many companies to be overlooked by company leadership.

There are a few misconceptions around age, such as bosses thinking younger generations have more energy and are more willing to embrace change. Older people are believed to not be as competent with technology or have an aversion to learning new technologies. This leads to older people being offered fewer opportunities. Research conducted in 2020 by The Chartered Institute For IT found that there were 13,000 unemployed IT professionals over 50 in the UK. And only 22% of IT professionals working in the UK were over 50. Additionally, Accenture found that 50% of women in tech leave their jobs by age 35. These stats show that addressing age and gender bias and reskilling older people is crucial -especially in the face of the tech skills gap.

Older employees are also potentially considered more expensive due to incremental pay policies. Labour is a significant expense that employers look to cut during financial hardship, but they do not consider the wisdom and experience they are losing.

Workplace perceptions of menopause may also be undermining the success of women over 50. Women report losing confidence at this stage, and employers should be cognisant that negative attitudes and a lack of support are likely to worsen professional insecurities. Company culture should encourage a positive ecosystem where experiences such as menopause should not be detrimental to well-being and accomplishment.

Employers must begin by recognising where they are failing their 50+ employees and begin to utilise the skills and value that this generation can bring to the table. This starts with culture. We currently have several generations within the workforce, and encouraging unity between employees of all ages will repair divisions and negative attitudes. This can be done by teaming younger and older employees for mentorship initiatives. -

Older people can gain tech skills from working alongside new graduates, and younger employees can benefit from their older counterparts’ experience and communication skills. 50+ individuals, especially women, are great at in-person networking and picking up the phone instead of emailing! To build a more inclusive culture, treating ageist attitudes with the same no-tolerance policy as other forms of discrimination will champion employees. When people feel seen, valued, and supported, they are more likely to stay in their roles and increase in participation and company community.

Employers must do more to offer equal opportunity in training schemes and remove unconscious bias when it comes to promotion. A recent Stop Ageism survey found that 44% of employees over 50 had experienced age discrimination at work, with 48% singling out the recruitment process, compared to 40% who felt left out of discussions at work and 24% who said they had experienced discrimination when it comes to promotion. In discussions with employers, many admit they failed to invest in tech skills for their workforce and it is the more experienced generation now suffering from this lack of training. Resolving these issues within organisations can go a long way towards retaining and attracting experienced talent and resolving the skills gap. While these biases exist, it is harder for professional women to believe in their abilities and ability to accomplish success beyond 50.