“What are the economic nonpolitical drivers behind not reversing entrepreneur’s relief reductions?”

Questions with the Chancellor of the Exchequer 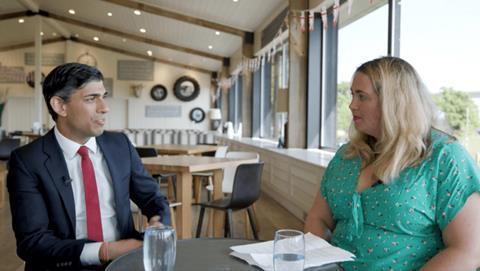 The Great British Entrepreneur Awards founder Francessca James met with the Chancellor of the Exchequer, Rishi Sunak to ask him questions about entrepreneurship, from entrepreneurs in our own community.

Ian Merricks, asked, “What are the economic nonpolitical drivers behind not reversing entrepreneur’s relief reductions?”

In response to Ian’s questions, the Chancellor said, “This is something that we announced a couple of years ago now, and it was in the manifesto at the election and I’ve always thought kind of was a slightly misnamed relief - because it sounds brilliant ‘the entrepreneur’s relief’, but what we discovered was that it wasn’t doing what it was meant to do. It wasn’t just affording entrepreneurs, it was supporting a lot of other people as well, who were maybe not quite doing what we were trying to support the people to do. So three-quarters of the benefit of entrepreneurs’ relief, which is quite expensive went to just 5,000 people.

“So we haven’t abolished it, we’ve just reformed it, which means that 80% of people will still benefit from the relief. It will support genuine entrepreneurs, but make sure that it’s just a bit fairer and it’s not just a scheme where a relatively small number of really wealthy people can use it for slightly different means. We also have lots of other ways in the tax system that support entrepreneurship, and I think people will be familiar with our EIS and SCIS schemes, which give investors a really generous tax break on investing in startups and new companies. That’s been a huge success and has helped tens of thousands of companies get funding.

“Also we have relatively low capital gains tax rates. Now I think most people, when they set up businesses didn’t even know about entrepreneurs relief, so it wasn’t driving entrepreneurs necessarily. However, our capital gains tax rates are relatively competitive by international standards. Just making sure that we reward people who have been really successful and created something special, and I think that’s an important part of fostering that culture.”

You can watch the full interview with the Chancellor here.