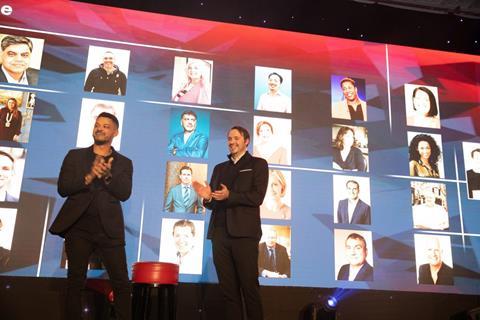 Social Chain co-founders Steven Bartlett and Dominic McGregor became the 24th and 25th members of the elite group. Launched in 2019, the Hall of Fame celebrates individuals with a long-term record of combining outstanding entrepreneurial achievement with a sustained commitment to supporting entrepreneurial talent.

Steven and Dominic were named Young Entrepreneurs of the Year for the North West in 2017. Since then, Dominic has been a particularly active member of the Great British Entrepreneur Awards judging panel, regularly providing his ideas, insight and inspiration at a variety of in-person and online events. Steven has continued to support and inspire entrepreneurs through the launch of his incredibly successful podcast ‘Diary of a CEO’ and the release of his bestselling book ‘Happy Sexy Millionaire’. 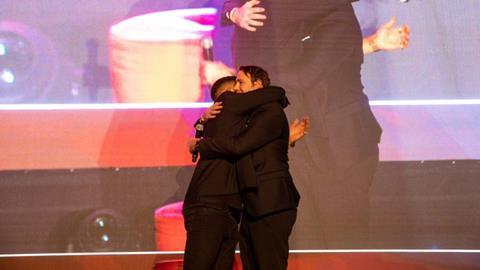 Taking to the stage at the GBEA Awards, the two addressed the crowd with some words about their induction.

“It’s an amazing honour,” says Steven. “For me, this is like the Grammy’s of entrepreneurship, there’s no higher honour in our country or our industry. Thank you so much, this is a credit to our team.”

“This is just a massive achievement to be here and represent entrepreneurs,” adds Dominic. “It’s an incredible feeling, it’s great to be able to judge and look at the great businesses and amazing ideas. Year by year they get better.”

The two shared a heartfelt hug on stage before stepping down, a moment not soon to be forgotten by the two or the applauding crowd.