Brief ups and devastating downs have been a staple for businesses and individuals over the course of the near-two year Covid-19 pandemic. And you’d be hard pressed to find an industry that has endured a tougher time than hospitality. 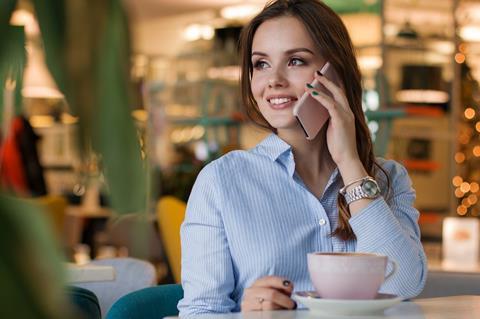 Figures from the Office of National Statistics show that despite consumer spending in hospitality beginning to swing back around in May 2021, it remains at a whopping 70% less than pre-pandemic levels. And while business owners may have been overjoyed by the easing of restrictions and prospect of being able to reopen their bars, restaurants, cafes and more, they still faced a significant issue.

With hospitality workers having left a vulnerable industry, the CBI says one in four hospitality businesses have had to cut opening hours or close because of staff shortages. And it estimates that the industry’s staffing problems could last up to two years.

In a recent roundtable, hosted by the Great British Entrepreneur Awards and haysmacintyre, a diverse range of hospitality professionals and entrepreneurs discuss how to circumvent the hurdles put in place by the pandemic, namely the difficulty COVID-19 has created in terms of staffing in the sector.

Against a dark and dim backdrop, Justin Bone of VetoMeato suggests there are signs of improvement.

“We opened in September, and from September to December we had zero applicants for our chef positions, literally non,” he begins.

“In the past week, we’ve had between five and ten applicants, so they’re starting to come out of the woodwork.”

With 25 years’ of experience in the catering industry prior to launching VetoMeato, Justin describes his recent recruitment struggles as one of the most difficult periods. An “absolute nightmare”, he describes it.

The group quickly suggests that hospitality needs to be more innovative when it comes to attracting former workers back to the industry, and indeed new workers. Thinking differently about incentives seems like a potential way forward to quash concerns about long hours and job security.

Emily Hailstones of Olive Alexanders recalls her experience, explaining why many don’t see a future in hospitality. “I was working as a chef before I opened my business and I was working 75-80 hours a week. Even with my two days off, I was unable to function as a human being.”

With 10 years in the industry, Emily’s experience was nothing short of exhausting, but with experience comes wisdom and she’s now using her knowledge of what she describes as “abuse” in the sector to utilise creating a much fairer, friendlier and healthier environment in her own business.

“We are now putting in our contracts that you are not able to work more than 45 hours unless you sign a waiver indicating you understand you’re going to be working more than those hours,” she says.

“We’re also doing a profit share scheme for our staff,” she continues. “The more customers the staff bring in, the higher percentage they go home with.”

“I feel like the foot soldiers within the hospitality industry are tired of just getting offers where it’s a little discount card for 15% off at Burger King, free staff meals, or these little benefits.”

Justin has followed a similar path with VetoMeato. “We actually gave our chefs a share of the company, an actual percentage of it,” he explains. “I can see personally that makes a difference, when staff own a part of the company, when it’s theirs.”

Rob Spillings of Bread Hospitality agrees with the notion that the hospitality industry needs to take a stark look at itself when it comes to treatment of its workforce.

“We haven’t been treating our people well enough for a long time,” he says. “I don’t think what’s happening can be blamed on anything particularly to do with Covid or Brexit, it’s just been the perfect storm.”

He adds: “We’ve got to look at imaginative ways now. [Businesses] have to do things differently to attract people and sell the positives of this industry.”

For newcomers in the hospitality industry, it’s harder than ever to break free of the chains that bind a business from expanding. Any new business with lofty ambitions needs fantastic people in all areas to scale.

The vulnerability of the industry, bad experiences and perceived relative risk of working for a start-up versus an established brand is a hefty setback for many who are looking to start or grow their business.

Sara Crepaldi of Whisk – Delicatessen & Bakery warns that some hospitality start-ups are struggling because of the previous experiences of those who already spent time in the industry. “You can’t find professionals because of the bad memories they’ve collected through the years,” she explains. “Working in a kitchen has always been a nightmare for everyone involved.”

Despite offering some of those innovative incentives previously outlined by the group – maximum weekly working hours, no daily evening shifts, multiple days off etc – Sara says she still struggles to find what she needs in a new hire, driven largely because Whisk is a new brand.

Some individuals believe that start-ups and smaller businesses cannot adopt bigger brand strategies in the hope of competing, instead need to focus on what makes them unique.

“You need to shout about your individuality as a brand,” argues Rob Spilling.

“We have our own independent festivals that receive collaboration from independent restaurants. They pop up in gazebos, they also collaborate with street food vendors too,” he says.

While the festival has benefitted many independent businesses in not just the eyes of the public, but also given the smaller brands a much needed boost to their potential hires, Pete says the main goal of the festival is simply to “celebrate individual restaurants and independent traders”.

Reflecting on the discussion, Emma Bernardez, Hospitality Sector Partner at haysmacintyre says: “The staff shortages and impact this has had on businesses within the hospitality sector have been well documented since the pandemic.

It was encouraging to hear that operators are starting to see an uptake in applications and the conversation surrounding innovative ways to encourage people back into the sector were exciting and inspiring. There certainly seems to be light at the end of the tunnel and as operators look to re-build their businesses post pandemic these innovative ways of attracting talent into the sector will be crucial to their success.”