I’m in tech, I could solve this

However, standing atop the balcony of the Grosvenor House Hotel’s Great Room, your eye was immediately drawn to a disturbance amongst the sea of black and white. A flash of bright blue, not from the stage lights or visual effects emanating from the big screen, but from a table itself.

Another award is announced and the same bright blue light begins to rise. Disruptor of the Year for Wales: “William Sachiti of Academy of Robotics” is called the UK’s answer to Google and Tesla’s self-driving cars and the creators of the UK’s first road-worthy automated delivery vehicle, Kar-go. William takes to the stage, glowing, figuratively and literally.

‘Dress to impress’ the invitation suggested, and impress William certainly did. Donning a black ensemble lined with futuristic looking bright blue illuminated neon fabric, he stands clutching his award alongside his good friend, Norma, who sports similarly striking illuminated neon e fabric  upon her black dress. Seeing them side by side, you’d be forgiven for thinking you had stumbled onto the set of TRON.

The output is profound

Now recalling that moment from his home office, William is humble in his description of the evening.

“Honestly, I felt this award is more for other entrepreneurs than it is for me, I’ve done the time as an entrepreneur,” he starts.

“I’ve gotten to the point in my career where I feel the reward of what I do as an entrepreneur should be the results, the output. The output should be so profound and that’s the reward itself.

“The crime I find in my industry is that sometimes people do some really inspirational stuff and the next generation has no idea about it.” 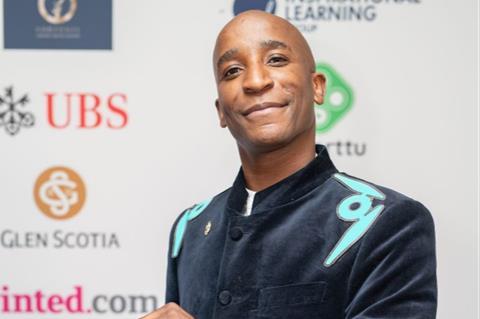 Further demonstrating his humility, William sees the benefit in winning the award, not as self-congratulation, but a means to inspire that next generation. He explains: “Another young kid in Africa or Europe – or anywhere – who might be thinking about becoming an inventor will see that and think [it’s a possibility for them too]. I didn’t have any examples [of successful inventors] when I was younger.“

Growing up and branching out

Growing up isn’t easy for most – the fleeting best years of our childhood always underlying a confusing time where we’re constantly asking ourselves and being asked, ‘what do we want to do?’

It’s something William is all too familiar with. Growing up in Harare, the capital city of Zimbabwe  before moving to the UK in 2002 at the age of 17, he has come a long way to a point of challenging the likes of Google and Tesla.

Considering the biggest (and earliest) influences on his entrepreneurial journey, he takes a second to reflect: “I think my biggest influence growing up was a very simple book I read at school, called Pioneers of Medicine, when I was about 10 years old. And there was another book on Thomas Edison.”

“I was so mind blown by the concept of inventing,” he says, “I thought, ‘wait what? You can create stuff? That is amazing!’. That’s what I think started the entrepreneurial spark.”

The well-read 10-year-old William found a great deal of inspiration not just in the great inventors of history, but in the world around him.

“Growing up in Africa, seeing the disparity between extreme poverty and extreme wealth. I thought ‘someone can just invent stuff to solve all these problems’, and that’s how my entrepreneurial mindset came along. I’d say it emerged from that environment,” he finishes.

Like so many others in all walks of life, William is someone’s whose determination and self-belief to work towards a goal was shunned and dissuaded by those around him. After standing proudly in his school classroom, explaining his dreams of being an inventor, he received a lecture from his teacher about why it was a foolish choice. Instead, he was told to become a scientist like his mother, or a doctor – a belief his parents shared. 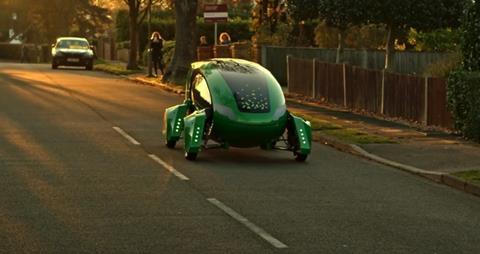 That same teacher told him that “inventors become inventors by accident”. And that’s exactly what happened to William. Temporarily caving to the pressure, William resigned himself to a different path, instead choosing to pursue what he called his “second best option”; attempting to understand animals and animal behaviour and pursue a career as a vet.

“I never thought I could actually be an inventor until years later,” William recounts, “But I found myself having filed so many patents – some really complex – and I thought ‘wait, have I become an inventor?’”

After his first business was acquired, William had two options available to him: “Number one was to buy a yacht and sail off into the sunset. Number two was to launch another start-up.”

Like all true entrepreneurs, he quickly chose to build something new. But it required thinking outside of the box.

Now a man on yet another mission, William quickly went to study artificial intelligence and robotics at Aberystwyth University in 2015 to arm himself with the knowledge needed to kickstart his new business, now known as Academy of Robotics. Prior to attending University he even filed a patent for something called “the invisible road network”, something used by drones to navigate from point A to point B.

Working with his professors, William soon realised that while the technology would work, the user experience wouldn’t. “Nobody wants a loud drone outside their house five or six times a day doing neighbourhood deliveries,” he explains.

Instead, William and his team pivoted to autonomous deliveries using self-driving cars. Only they would need to build it all from scratch. And so, Academy of Robotics gave birth to the concept of Kar-go.

Powering through his degree and establishing his latest venture, William says he realised the issue with larger players like Google.

He says: “No one was going to solve autonomous vehicles for at last five years at the time. If I invested $1 billion in the hardware, it would have been obsolete in five years anyway. So we focused on the software, on building the brain.”

“We spent nearly three years working mainly on software and the car itself. We were working on designs and making a physical car, but we weren’t too fussed on the hardware because we knew as the tech develops we’re going to finish on time with the progress of technology on earth at the time.”

From passion to project William persevered through a variety of obstacles, coming out of the struggle with an impressive list of experiences and a brand new business under his belt, Academy of Robotics. The results were astounding, William had drafted and created the first roadworthy autonomous vehicle in Europe with Kar-go. Asking William, he outlines just how impressive the progress he and his business made on their journey really is, and also elaborates on his biggest achievements.

“The result is, now we have street-legal, made-to-be autonomous cars on the road. I think Google spent nearly $10 billion doing the same thing, and we did it with a few million dollars,” he says proudly.

Nominated for several awards, Kar-go and Academy of Robotics have seen significant success. However, despite William’s rapid rise in his industry, he hasn’t forgotten his roots and aims to provide those without the advantages he had with the means to succeed.

Reflecting on his childhood in Africa William mentions the wealth disparity he observed, “My parents did alright, but the other half of the family, grandpa and grandma, they literally lived in mudhuts. There was no water, no electricity,” he says, “I lived alongside them for two to three months during the summer holidays at school. I played with the kids who didn’t get to go to school.”

“It hit me, the thing that separates a lot of those people in that poverty and me is education. I could easily have been one of those. You don’t choose where you’re born, but it could affect how you end up in life.”

Frustrated by the disparity, William began researching the sheer scale of the education gap in sub-Saharan Africa – from the initially discovered 32 million to already over 36 million children in 2019, the situation has only been exacerbated by the pandemic, with numbers estimated to have more than doubled as a result of  COVID-19. 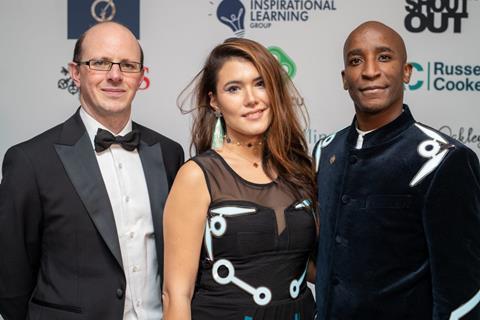 “Enter my proudest work to this day,” exclaims William, “Even though a lot of these children don’t go to school in many places, a lot of them still have a smartphone. Every old smartphone [from developed European markets] ends up in Africa.

“From our phones, you and I can access the university of YouTube videos and other tools. But there is no internet in Africa for their smartphones.”

William then realised something, “What if we design and build a tiny computer that we embed into a tree, then this computer is preloaded with maths, English and science videos?”

Labelled ‘Trees of Knowledge’, William and his team have developed the tech to emit a WiFi signal to smartphones in the area, helping to “augment the teachers” with their lessons. He also designed an operating system and made it available, for free. With thousands now being used, the vast majority can be found in schools in less wealthy areas of Africa.

Future for the futuristic

So what’s in the future for the futuristic founder? When someone of William’s description and experience tells you he’s working on “something big” but warns that he can’t reveal anything about it for at least a few more years, you know it’s going to be impressive.

Looking in the more immediate future with Kar-go, William says: “We expect to put a lot more cars on the road.

“We expect for the long-term future that, much like you see for things with Intel Inside, we want to start putting intelligence inside all sorts of things.”

Academy of Robotics has been selected to test and automate machines and logistics with the Royal Air Force something even the humble entrepreneur admits is a “very big accreditation”.

The company is now poised to scale up, but even when it comes to fundraising the company is pioneering new approaches. While institutional investment will make up a significant share of its £20 million raise, the company also aims to maintain its focus on community funding and to open that up to the broadest possible audience.

Last year, Academy of Robotics secured £2 million in funding with half of that coming from the UK government. The company is now allocating a further £1 million to members of the public using Crowdcube’s nominee service and, in an innovative new approach, it’s also opening its fundraise to crypto investors who will have the opportunity to invest in crypto and receive shares in the business.

If you’d like to register your interest to invest and keep an eye on the campaign, be sure to check out Academy of Robotics’ investors page.

Encapsulating the achievements and drive of William is a feat almost as difficult as the work he does himself. In truth, there are too many exciting and innovative projects to mention. It’s clear, though, that the future is looking brighter than a neon suit for William, Academy of Robotics and the tech world.