After more than eight months since opening for entries, receiving 3,000 applications, traveling more than 3,000 miles to eight regional finals where we crowned 96 winners, the 2019 national Great British Entrepreneur of the Year has finally been named! 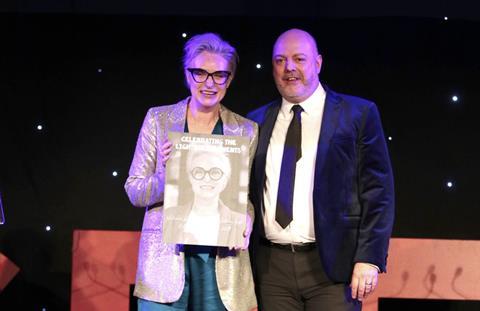 After more than eight months since opening for entries, receiving 3,000 applications, traveling more than 3,000 miles to eight regional finals where we crowned 96 winners, the 2019 national Great British Entrepreneur of the Year has finally been named!

Taking the crown is Celia Hodson, the wonderfully inspirational founder of social enterprise Hey Girls, on Social Enterprise Day nonetheless. Based in East Lothian in Scotland, Hey Girls is a range of sanitary products and a campaign to end period poverty. For every purchase of its no-leak, super comfy, chlorine and bleach-free, and environmentally friendly products, Hey Girls donates a pack to a girl or young woman struggling to make ends meet.

Celia created the social enterprise with her daughters Becky and Kate with the philosophy that girls and young women should never have to compromise their wellbeing or health. Having been a single parent herself, Celia understands firsthand the financial strain of buying period protection while struggling to survive on benefits. The company launched in January 2018 and soon captured the hearts of women across the country.

One of the particularly unique aspects of Hey Girls is its efforts to include boys and men into the conversation about periods. It has developed a range of resources specifically aimed at boys and Dads to make sure that everyone understands periods, can talk about periods openly and end the stigma once and for all.

Reacting to the award, Celia said: “It’s hard to believe. It’s such a special day today as it’s Social Enterprise Day, so it’s a double whammy. You come to these things and you hope. You look at the calibre of people who have applied and are finalists, you look at the judges and think ‘Wow!’. So to win is just something else! This will make a massive difference to Hey Girls. The recognition from the Regional Final made such a difference, so this will just be fabulous for our growth.”

Our founder Francesca James said: “The team and I absolutely fell in love with Celia and her story the moment we read it. She encompasses exactly what it means to be a great British entrepreneur, combining her own experiences with experience and knowledge built up in a successful career to launch a really impactful business. Celia’s passion for Hey Girls is incredibly inspiring and we’re thrilled to crown her the national Great British Entrepreneur of the Year for 2019.

“We’d also like to congratulate all of our national winners, who all have their own fantastic entrepreneurial stories and are running magnificent businesses. But congratulations must also go to the entrepreneurs who made it to the National Final as a regional winner. With 3,000 entries in 2019, to make it to this stage is a huge achievement and one that they should be hugely proud of.”

Gordon Merrylees, managing director of entrepreneurship at our headline sponsor Natwest, said: “NatWest is proud to support the Great British Entrepreneur Awards celebrating another year of amazing achievements for entrepreneurs starting and growing businesses from every corner of the country. Supporting entrepreneurs is a key priority for NatWest and our dedicated programme of fully funded accelerator hubs, mentoring, insight and bespoke coaching, is specifically designed to meet the needs of entrepreneurs who want to start, scale and succeed in business. Congratulations to all of the winners and to those who were shortlisted for one of these prestigious awards.”

On behalf of Team GBEA, we want to thank each and every one of you for your involvement in the 2019 Great British Entrepreneur Awards, whether you’re a judge, a partner or not of the thousands of inspiring entrepreneurs we’re here to celebrate.

It’s been an amazing year, and we can’t wait to press on with our mission to champion this country’s inspiring entrepreneurs in 2020!