Chat with us, powered by LiveChat
Midlands 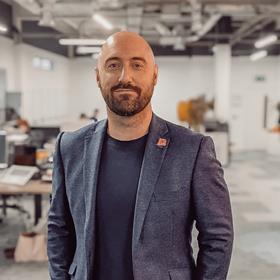 Having read Law at the University of Birmingham, and then practising as a solicitor for 7 years, PJ has now been in the digital world for over 6 years. He was the founder of the social media agency, Blake7, which merged with Lightbox Digital in the summer of 2018.

An advocate of all things Brum (and for his sins a Birmingham City FC fan), PJ also co-founded the charity LoveBrum in 2014, which shines a light on the “hidden gem” projects of Birmingham. He mentors entrepreneurs, has helped raise over £1m worth of funding for start-up businesses, and has sat on the advisory boards of the Birmingham Law Society, BPS Leaders, TedX and the English Schools Football Association.

Having helped raise over £750k for charity, he received a Points of Light award from the Prime Minister, which recognises outstanding UK volunteers in their community.

His passions away from Birmingham and Digital Marketing are his family, friends, football and Ibiza.