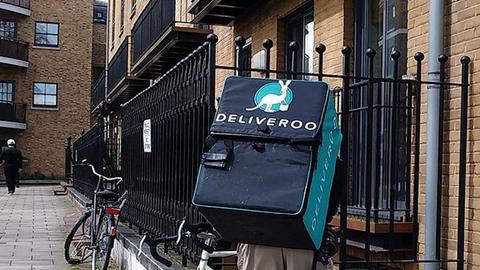 Two of the UK’s largest investors have said they won’t purchase shares in Deliveroo due to concerns over workers’ rights.

The food delivery business is due to list its shares in April with an estimated value of nearly £9 billion, but Aberdeen Standard and Aviva said the working conditions of Deliveroo’s drivers were a big issue.

Deliveroo said its model, where riders are self-employed, allows workers the “freedom” to choose their own hours. But self-employment status means they do not earn a minimum wage, holiday or sick pay. It leaves some drivers struggling financially, unable to take holiday or forcing themselves to work while unwell.

Speaking to the BBC, Andrew Millington, head of UK Equities at Aberdeen Standard described Deliveroo’s working conditions were a “red flag” in investment terms. He said: “We wouldn’t be comfortable that the way in which its workforce is employed is sustainable.”

He added: “A lot of employers could make a massive difference to workers’ lives if they guaranteed working hours or a living wage, and how companies behave is becoming more important.”

The investors’ comments come weeks after a landmark ruling from the UK Supreme Court which said Uber must classify its drivers as employees rather than self-employed, making them eligible for a minimum wage, holiday pay and sick pay.

Susannah Streeter, an analyst at Hargreaves Lansdown, said: “The European Commission is set to draw up new legislation governing how the gig economy model works across the bloc.

“If Deliveroo is forced to change the way it classifies its riders in the future, it is likely to puncture its profits prospects, and could even derail the delivery giant.”