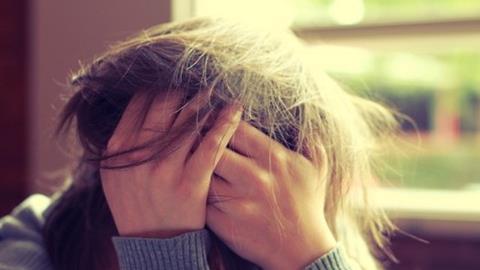 8 million UK workers suffer from stress, but hide it from their employers

Stress affects millions of people in the UK, particularly in the workplace. However, much of this goes unnoticed because workers hide it from their employers, according to new research by Aviva.

A quarter of people (25%) admit to taking a day off work with stress, but then blamed it on a physical illness instead. Based on the current number of people working in the UK, this indicates that almost eight million people are suffering in silence.

The research also found that a third of people (33%) have taken a day off work with stress at some stage in their career, with 25-34 year olds were the most likely to have taken time off (46%) and those aged over 55 seemingly the least likely to need time away from work (25%).

The research provided more positive evidence that the stigma around stress and other mental health problems in the workplace is being reduced. A third of people (33%) said they would now feel more comfortable talking about it than they would have done five years ago, compared to just 1 in 8 (12%) who said they would feel less comfortable.

Steve Bridger, managing director of group protection at Aviva, said: “In 2016 people should not feel that they have to hide their stress away and suffer in silence. Feeling that you can’t be open about a problem is likely to make it worse, not better.

“People don’t raise an eyebrow if a colleague is off work with flu, but anything to do with mental health still appears to be taboo.”

The research also revealed more than half of men (53%) who had taken a day off work with stress at some stage in their career said they had done so in the last year, compared to just a third of women (34%).

The research has been released on National Stress Awareness Day (2nd November) to encourage people to talk more about mental health and stress and raise awareness about the support available.

David Price, group director at Health Assured, said: “Stress is an inevitable by-product of any working environment. On a daily basis employees experience stress from a whole host of workplace activities and stressors such as impending deadlines, lapses in communication and workload pressure.

“For the most part, a little stress can be good as it encourages us to perform at our optimum capacity, however when the levels of stress reach critical status it can have a negative effect on productivity, whilst also increasing levels of employee sickness and absences.

“Despite the fact that stress affects each individual differently, continued high levels of stress can have a serious impact on the physical and emotional health of your employees, in some instances leading to cases of high blood pressure, anxiety and depression. Therefore, it is extremely important the employer to tackle stress in the workplace head on by taking the necessary measures to effectively reduce the levels of stress employees feel.”

Mr. Price added: “Employers have a legal obligation to ensure the welfare of their employees and this of course also includes mental wellbeing, however employees can also help themselves. Individuals are very reluctant to admit that they are stressed at work out of fear of getting into trouble or appearing incapable to colleagues, but it is very important that they speak up.

“They need to find someone that they trust, such as a friendly colleague or a line manager. The thought of not being able to speak with someone when stressed will certainly add to their burden, so ensure that all staff are aware of line management that they can speak in confidence.”

“It is fair to say that if you are not aware that your employees are stressed then there is not much you can do to alter the situation; however your obligation to their welfare means that you have a duty to regularly check whether or not wellbeing is satisfactory.”