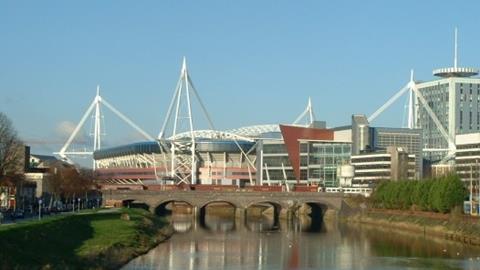 Wales’ digital economy is the fastest growing outside of London, and could continue to “flourish” because of low rents, according to a new report.

Law firm Nockolds, found that the number of digital businesses jump 9.2% last year to 3,275. However, the overall number of businesses still lagged behind every British region bar Northern Ireland and the north east of England.

London, however, which remained the fastest growing digital economy, saw an 11.6% rise in the number of digital businesses to 41,940.

Nockolds also said cities like Cardiff and Swansea could “flourish” in the near future because comparatively low rents will allow and encourage the creation of more enterprises. But the benefit won’t just be seen in the cities, with the report citing a “rippling out” of jobs across the South Wales region.

“The growth of the financial sector in Cardiff, which has benefited from the relocation of back and middle office functions post-financial crisis, is providing fertile ground for fintech [financial technology] businesses who have a significant market on their doorstep, along with an appropriately skilled workforce.”

She added: “The only concern is whether Wales can provide the funding environment to hold onto start-ups once they reach a certain scale, or whether these businesses will focus expansion in other regions, such as London.”