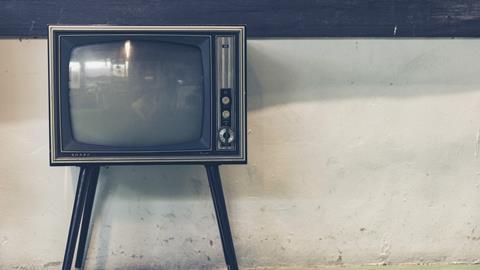 If video killed the radio star, then Netflix and other streaming services have carried out a hefty massacre on TV.

Traditional television is seeing a decrease in viewership while 38% of online users can imagine “not watching television at all in 5 years time,” supposedly as a direct result of the new online medium available worldwide to watch our favourite shows.

Along with streaming services like Spotify, Netflix, Amazon Prime Video and more sitting comfortably at the top of their respective fields, you wouldn’t be unjustified in thinking that traditional mediums of media such as TV and radio are on the way out.

In the most recent roundtable consisting of media and marketing industry experts, hosted by the Great British Entrepreneur Awards and haysmacintyre, the hard question is posed almost immediately, does traditional media have a future?

With such a wide range of media services and platforms available to consumers today, are there clear winners and losers? ‘Which is at the top and which is about to drop?’ is one of the first questions posed to the panel.

“I think it’s about how far you can niche,” starts Dan Gable of Sprat and Shoutout.  He  believes traditional media has too much of an ambitious scope.

Dan says the real problem with traditional media is that by trying to encompass such a wide audience, it alienates itself and doesn’t particularly do any area well for a dedicated audience.

“It tries to cater to everyone and therefore, in some respects, caters for no one,” he explains.

Dan even goes as far as to call on-demand “old news,” mentioning that these days, we all expect on-demand straight out of the box.

Ross Jones of Ouma believes that the availability of advertising is a deeper cause of traditional media’s problems. He says: “Advertising now is available from day one… whether you have five pounds or five thousand, there are options available to you.”

He specifically points to online and social media advertising, on which brands can advertise with limited budgets yet target very specific audiences. On traditional media platforms like TV and radio, however, the entry criteria is much higher. “You’re looking at starting in the thousands of pounds,” Ross explains.

When discussing traditional and new media, there’s usually an immediate separation of the two. Many seem to believe that one is simply going to wipe out the other, the decrease in use of certain services in favour of another definitely fuels this perspective. But is it possible that, despite their differences, the two can co-exist?

Sascha Dutta, an experienced freelance marketing consultant, thinks so. She argues that a good ad campaign encompasses both platforms, and explains that she regularly recommends clients utilise both: “We’re using traditional media for awareness. We’ve got a broad audience for our brand, so TV works really well for it.”

Not just limiting herself to TV, however, Sascha also utilises traditional print advertising outside supermarkets due to the nature of the brand and products her clients offer.

“What we were doing five or 10 years ago for traditional media is similar, I think what we’ve done is just add on the digital aspect as well,” she says.

Sascha still uses social media as a primary tool however, clarifying that if you’re going for a niche, then newer platforms can allow you to target a more specific group of people.

In terms of advertising, perhaps there is a place for both traditional and new media. Where’s the bulk of the spending going to be over the next few years? Are marketers predominantly moving away from the traditional mediums?

“Last year, YouTube had $27 billion in advertising revenue,” says Phillip Moross of The Cutting Edge Group. “There’s no question where the movement is, it’s towards the online.”

“Those that own the content will have significantly more power than those that don’t,” he adds, highlighting the split of a variety of corporations moving to their own streaming services and providing that content exclusively there.

Phillip even goes as far as to say, “if I were Netflix, I’d be worried,” with the likes of Disney and others launching their own platforms to house their own content.

With other services and traditional forms of media, projected to be “secondary”, Phillip claims the majority of ad spend will be moved to new media platforms launched by content owners rather than a third party.

With so many new platforms and new mediums, the way we watch and consume has been changed forever. What we’re watching and when is significantly different from what it was even just a few years ago and the trend doesn’t seem to be slowing down anytime soon.

Oliver Hills of Nonsensical points to TikTok. “It’s completely changed the way we view content,” he says, highlighting that the average daily watch time of videos on TikTok has surpassed YouTube.

“It’s made content creation really accessible…As a brand, you have an instinct to talk about your product and services, but people don’t want that,” says Oliver.

Instead, Oliver explains, brands should be focusing on content that builds community rather than awareness. Oliver thinks that platforms like TikTok are going to completely transform the way brands communicate and we consume a variety of marketing, with the focus shifting towards content creation, rather than the usual “instinct” to sell products or services

With the new age of content ushering in a new age of advertising alongside it, building a community around your brand is almost becoming as important, if not more so, than building awareness around your product or services.

“It’s really more about the content,” says Nicolay Armando of Title Productions. “We aim really to communicate stories that resonate with our audience.”

Elaborating on his own personal experiences in the business world, Nicolay says people “already understand the brand and the product people are selling.” He claims that businesses need to find a more “emotional way” to connect with consumers and get across the message to truly have an impact. “People are tired of being sold to,” he says.

A prevailing question over the migration to new media is its impact where it truly matters? A variety of social issues are still prevalent in modern society and a concern for some at the roundtable is whether new media is aiding awareness of such issues,  or keeping them in the past.

Queried on whether new media is raising awareness for social issues, Thea Cole of Latimer says: “It should do,” highlighting that the answer isn’t so simple and the tried and tested method is “making sure people actually give a damn about your content.”

Mentioning her own strategies when it comes to effectively raising that awareness, Thea says: “when you’re making content focused around important issues, beyond the day to day of the business world, that content has to be impactful.”

With such rapid developments it can be hard to keep up. What are still relatively new platforms are now dominating players in the market. To keep up, you’ll have to wake up and utilise a variety of different methods that allow you to keep up with the trends.

“In my team, the oldest is twenty-six. I’m forty-three, I depend on my team to give me the tid-bits of what’s happening out there,” says AJ Hassles of AYM Media Group. Discussing his extensive experience in the music industry, he mentions he’s “astonished” by the rapid development of new media.

AJ attests to the effectiveness of his own team providing him with the information he needs when it comes to new and developing platforms. But he says he still regularly asks himself, “What can I do? How can I attach myself to these new platforms?

Lidia Drzewiecka of Visuable has experience with clients like AJ. “Whoever comes to us, we get them to go digital,” she says.

“It’s about building that confidence to get yourself out there. A lot of people don’t have the confidence to put themselves online,” says Lidia, mentioning that for many of her clients she makes sure they undergo a “transformation of mindset” to ensure that they can get their brand message out there effectively on these brand new platforms.

Referring to the pandemic, Lidia says that the last year and a half has been a huge step for many businesses, who have made a significant transition to online. Though, explaining she had already migrated her business online prior to the pandemic, she says “everyone was panicking” when they had no choice.

The value in preemptively adopting a trend is one that can’t be overstated. Lidia herself attesting to the benefits from her own personal experience is something that would be echoed by many business owners who have stressed themselves out, rushing to transition to newer forms of media.

If you can adopt new media, you should. While traditional media clearly still has a place, the migration to newer forms of advertising and content creation is undeniable and picking up the mantle for your business is a step that can’t be taken soon enough.

Reflecting on some of the topics approached during the roundtable, Natasha Frangos, partner at haysmacintyre, said: “Today’s conversation shows that there very much still is a place for traditional media as part of a brand’s wider content and marketing plan, as the lines between traditional and digital are blurred with one being able to enhance the other. It was also interesting to hear the importance of creating and owning quality content and this being the key to success for future media channels.

“The rise of TikTok and other social media platforms to create and share content has led to the development of specialist agencies who understand how to engage a targeted audience on those platforms; suggesting that the most impactful campaign may require a range of experts to match each media stream. A hugely insightful and innovative discussion.”