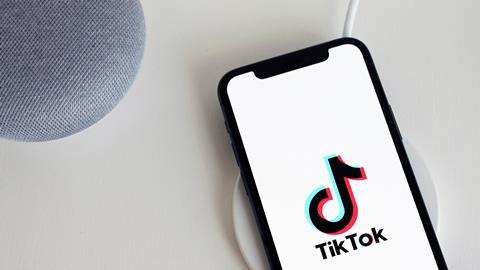 Short video is ‘charging a revolution’ in brand advertising

If Mark Twain was alive today and working in PR and advertising, he might have said of the traditional glossy type TV ad, ‘reports of its death are exaggerated.’ That may be so, but there is a new way of doing things — not necessarily destroying more traditional brand advertising, but most certainty creating an alternative way — a method that may call for a quite different type of creativity.

The short video, perhaps produced on a smartphone, for a fraction of the budget that more traditional ads claimed, could be creating a veritable revolution in brand advertising and PR. At least that is the gist of a discussion held involving a group of media experts and entrepreneurs who sat on a recent online roundtable, hosted by the Great British Entrepreneur Awards in conjunction with haysmacintyre, accountants and tax advisors focused on entrepreneurs.

It seems that the revolution may have begun with social media, TikTok has given this change extra impetus, the attitudes of the Millennial generation and Generation Z have given it popular support, and the Covid crisis may have accelerated the shift. Social justice issues such as those raised by Black Lives Matter, have given it an extra dimension.

Or, as Janvier Wete, the founder of Minute Shorts, said: “Before Instagram, videos were glossy and well made. The next generations: Millennials and Generation Z, don’t really care about the polish, they care more about the narrative.”

Within the world of advertising and PR, “people realise contents matters more than polish”.

He continued that not so long ago, clients would often spend £250,000 to make an average well made short film. “But because expectations have changed, you can now shoot on an iPhone.”

Oliver Bruce, the founder of PinPoint Media, agreed. “We are seeing a pivot in terms of quantity rather than TV budget adverts.” He suggested that instead of seeing one high quality, glitzy ad, we might see 10 or 15 short videos that you can then push over social media.

“During the height of the pandemic, as clients tried to look after their capital, there was a lot of re-purposing of old material. Now there is a lot more creativity, with the uprising of TikTok.

“I think TikTok is a great thing for our industry, because it shows that you can make some really interesting content that is cheap and engaging.”

What’s it really about

So why the shift? Why do we see this different way?

In part, it’s about the emergence of different media, and maybe you can trace it back to YouTube. Facebook and then Instagram moved things along, and now there is TikTok. But perhaps we see more of a symbiotic relationship.

Linked to this is the generational shift. The media for this new way may have begun with YouTube, but the demand started with the Millennials and Generation Z.

For Dan Gable, the founder of Shoutout, there is another factor. “I think people trust it more; it feels more authentic if a video is created on a smartphone.

Is it here to stay?

Natasha Frangos chaired the roundtable, a partner at haysmacintyre. She asked whether this new way of producing videos was here to stay?

Oliver Bruce doubted whether videos and ads consisting of zoom shots will remain in vogue post-virus. But added that “content shot on an iPhone, as the technology gets better and better, will stay.”

He says that companies will shoot more and more videos in-house, but maybe outsource the video editing and most certainly animation.

Evadney Campbell MBE, founder of Shiloh PR put it this way: “Zoom ads are fine during lockdown, but when the government allows us to open up, I won’t be happy watching an ad shot on Zoom, it is no longer real.

More to it than that

This does not mean that companies can stick their iPhone in front of anything, film and post.

“It has to be a good story,” warned Meredith O’Shaughnessy, of Meredith Collective. She fears that some people “get caught up on the idea ‘we have to put stuff out there.’ If it’s not interesting, people are just going to flick through it.”

She continued that brands need to ask themselves, “why do people care, why would they watch a video, why will they go to it in the first place? Sometimes these very fundamentals get passed-over.”

For Meredith, it’s about the experience — the customer experience from content.

It is a point that Janvier Wete, agrees with. “On our platform, we have films ranging from 30 seconds long to a maximum of 40 minutes. And it doesn’t matter what you spend, whether it’s a quarter of a million pounds or one hundred pounds, what matters is how the film makes you feel. The Millennials and Generation Z consume so much content, to get their attention, the content, the storyline, is vital.”

James Burtt, from Building the Brand and Ultimate Podcast Group, an expert on creating podcasts, emphasises the consumers journey. To make his point, he starts with some statistics. “37 per cent of people say they’ve discovered a radio show from a podcast and 48 per cent say they discovered a podcast from YouTube.”

But for James, the message must be consistent across media. Audiences will consume content across media; he says: “You can move people through brand ecology, but you need correlation and consistency. Taking people on a journey will be much more important.

“I think someone needs to curate that whole thing, so the message is concise and clear, or is it just chucking stuff against the wall and hoping it sticks in loads of different places.”

Or as Oliver Bruce said: “You can’t just put content out and hope for the best. People misinterpret what content is. They just shoot stuff and bang it out on social media. They don’t schedule it properly and expect to make money from it.” Instead, he says there has to be a return on investment, “we are looking at how you can track the return,” and to achieve this, “there has to be strategy behind the content.”

Maybe the video doesn’t always have to be as expensive as old school glossy ads. But the thought and strategy behind comes at a cost.

In any case, added Dan Gable, “Making videos on an iPhone is not always easy, producing seemingly unpolished videos can be difficult. Our platform, ShoutOut automates that process and makes producing videos on a smartphone much easier.”

And this takes us to the Black Lives Matter movement, the death of George Floyd and the issue of diversity, and maybe something even broader than that.

Christopher Kenna, CEO and Founder of Brand Advance, said: “Four months ago the Indian lady in Tesco was called a low-skilled worker. Now we clap her. Before the pandemic, we didn’t notice what we called simple jobs.” It is not just Covid, the Windrush scandal, the global geopolitical situation in which leaders in certain countries appear to express views which are the antithesis, of diversity and openness, has led to brands asking about their purpose.

Of late, there has been a lot of negative attention thrown at social media. Its echo chamber, deed fakes, and conspiracy theories sometimes appear to promote a poisonous narrative. “But there is a flip side,” Christopher argues, a side which says “‘stop funding hate.’”

And with this shift, people realise they don’t need these big brands to get through life.”

This, he argues, is leading brands to put more emphasis on their ethos.

Natasha Frangos summed it up nicely: “Brands are looking for more purpose and transparency.”

Evadney Campbell agrees with the point, but says there has to be authenticity behind this brand ethos.

“Because of Black Lives Matter, a lot of companies are just putting black or brown faces on an ad. But people see through this. I am horrified to see these faces that look like me that I didn’t see before. I know there is no depth to it, no real commitment.”

She adds the use of data to the story. “You can’t pretend you want to reach a diverse audience through using data. Unless there is a real commitment beyond that, people will see through it.”

So, what is this real commitment? What shape must it take? “You need to go where the black and Asian minority ethnic people go to.”

And that takes us to the interaction between old school media: magazines, TV, mainstream radio, newspapers and modern media such as social media.

Evadney Campbell asked the question, is there still a need for traditional PR?

Meredith O’Shaughnessy was definitive in her answer: “ You need a little bit of both.”

Christopher Kenna added: “An ad that is contextually relevant that reflects the way people are consuming that media,” is essential. “Having ads with people that look like me in the media I want to read is powerful.”

He explained that sometimes, through the use of data, “targeting people can be creepy,” which is why traditional media with its broader reach can be effective.

On a similar theme, he turned to the issue of recruitment advertising. To attract a diverse audience, “you need to cast the net wider — instead of relying on contacts, people you know or LinkedIn, also target black media, disabled media and gender empowerment media.”

But then sometimes the older approach works too.

As Meredith O’Shaughnessy explained: “I wouldn’t want to watch a Chanel ad shot in someone’s bedroom.”

Oliver Bruce, added: “A law firm that charges £500 an hour producing a video promoting it will require an entirely different approach to a company selling quick snacks.”

So it seems it’s a case of horses for courses. Short, films, maybe shot on an iPhone and put together on TikTok, can often be far more effective than a glossy ad that took a big budget to produce. But the narrative needs to be there, the strategy needs to be behind it, and the voice must be authentic.

But sometimes the glossy ad, with the high production values, pushed across traditional media can work too.

And sometimes you need both.