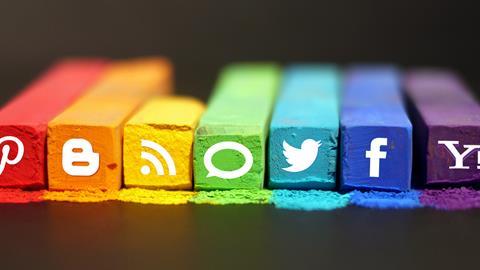 5 companies that are killing it on social media

When it comes down to marketing, selling ideas is better than selling anything else. The most amazing product can fail in the marketplace is the consumers aren’t emotionally involved in its story. Rather than sell an oven, sell how the oven will bring the family together. Instead of selling water, sell the story of it’s filtering through sedimentary layers for thousands of years.

Story telling sales has moved away from the pages on books and onto the screens of our electronic devices. The modern medium for tale telling is social media, allowing companies to parse stories into manageable bursts that the over-saturated, under-attentive consumer can read quickly, enjoy briefly, and share rapidly.

It’s not surprise that the most successful brands are those that fully understand and utilise the various different social media channels available. These companies tend to focus heavily on customer interaction and clever branding. Here are some of the companies – large and small – that are absolutely killing it on social media.

A prime example to start off with is Royal Dutch Airlines, better known as KLM. They showcase what Twitter has become with regards to Customer-Business interaction on the platform. Having grown tired of lengthy and irritating customer services systems and procedures, customers turned to Twitter to directly contact companies with enquiries or complaints.

KLM are dedicated to answering every single Tweet that gets directed at them, positive or otherwise. What’s more impressive is that their Twitter banner is an estimated wait time that updates every five minutes, which is actually reasonably accurate. Considering an automated phone system monitoring call times can barely get an accurate reading on which day, let alone which hour, you’ll be seen to, having an accurate time estimate on a platform with 317 million unique monthly users that spans the globe is seriously impressive.

Tens are a Glasgow-based company selling a lifestyle, and one of the smaller companies on the list. Don’t let their size fool you, however, as they have possibly the highest return on their ongoing campaign for the smallest investment. The product is sunglasses, but the way they go about their marketing makes it so much more about living life the way you want to. Their crowdfunding campaign has to go down as one of, if not the, most successful campaigns to date, garnering an incredible 3904% of their target goal.

Having developed the hashtag #FilterYourWorld, Tens are a prime example of how to develop quality content to mould the image of the brand. With a beautiful grid on Instagram, they focus on visual elements to push their products. You will be hard pressed to find company using Instagram better.

Not a company you’d expect to see included on this list, PricewaterhouseCooper – better known as PwC – are a global firm revolving around legal and financial services. Considering they are in the B2B sector, they’re not an obvious choice to include on a social media list.

Despite this, they have shown that not only are they apt at social media campaigns, they can do it on one of the newest, ficklest channels available, and one that focuses at a younger demographic. PwC were in charge of the Oscars ballot briefcase containing the identities of the winners, and decided to document its journey on Snapchat. Under the Snap handle of BallotBriefcase, they relayed its journey across the US, involving many well-known faces along the way. Considering the campaign caused a 134-fold increase of impressions across Twitter and Snapchat, as well as drastically increasing followers on both channels, it would be difficult to say the campaign was anything other than a hard-hitting success.

One of the old guard with regards to viral and social media marketing, Old Spice have to be included purely because they helped invent the new age of marketing. Possessing a flair for the absurd, Old Spice were one of the first to develop an alter ego/fictional character to market their brand, the now infamous Old Spice Man.

Currently played by none other than Terry Crews, the Old Spice Man is a larger than life caricature of what marketing wants you to believe every man should be. Old Spice have taken outdated, gender orientated marketing and twisted it into a hilarious parody of itself.

This sells well with the social media using, progressive element of society today, resulting in many of their campaigns going viral. One company to take guidance from if you want to learn how to create a character and high-quality video content across a range of platforms.

UK Clothing company ASOS are now almost indispensable in everyday life, and are one of the brands who have made life truly for traditional high street brands. As online sellers, they must also be invested heavily in online presence.

This is shown through their prolific appearance on Facebook through sponsored Facebook ads. Considering Facebook is the largest of the social media channels, this shows marketing savvy. The fact that they have become such a household name is a testament to how well they have integrated their marketing into day-to-day life. Beyond that, they truly understand their target demographic, something which is blatantly visible if you take a look through their Tweet history.