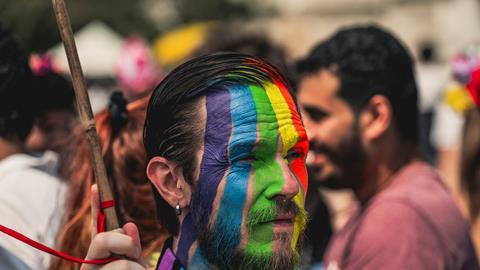 It’s June, Pride Month, but what does it actually mean? Consumers are waking up to brands rainbow-washing their marketing to grab LGBTQ+ business. Here’s how to approach Pride authentically.

Like all good things, Pride Month has succumbed to commercialisation. Many businesses are being called out for ‘rainbow-washing’ their products and marketing solely to pander to the LGBTQ+ community’s wallets. Ultimately, today’s consumers look for authenticity and businesses have the responsibility to be transparent if they truly want to support inclusivity.

Over the last few years, many of the world’s biggest brands have waved the rainbow flag across all of their logos, products and ads. Once June ends, so does the focus on LGBTQ+ consumers. This raises the question on authenticity.

When brands started slapping the rainbow flag on their products and social media posts 10 years ago, it was novel, a mark of solidarity in the spirit of building awareness. Now, consumers are wising up to these marketing tactics, and demand that businesses put their money where their mouth is.

The rainbow flag symbolises the history of the LGBTQ+ community’s multiple struggles against oppression and for acceptance. If used to show allyship, then brands have the responsibility to demonstrate support, either by donating to relevant charities or through their own work for inclusion and representation.

A rainbow coloured avatar or #pride hashtag is seen as tone deaf in 2021 unless they are accompanied by demonstration of support for the struggles of LGBTQ+ people, including inclusive policies supporting diversity.

Costa Coffee is a prime example of a brand being called for rainbow-washing.  Money raised from selling rainbow coffee cups were notably funnelled to support an internal cause, rather than LGBTQ+ charities. A spokesperson from Costa Coffee said: “We wanted to do this as a way to showcase our support for the LGBTQ+ colleagues and customers to celebrate diversity.” However, UK Pride Network co-founder, Steve Taylor explained that “you shouldn’t be asking your customers to support an [internal] network, you should be doing that [as a brand]”.

Awareness does not equal allyship

📢#EngineShed is here!
In this edition we celebrate international #Pridemonth by exploring a collection of models associated with the Pride movement.

We also take a look at some great models that will be shipping soon!

Responses included comments from consumers like ”Supporting #LGBTQ+ rights means to do more than making products with rainbows on and keeping all the profits,” and ”Imagine trying to be inclusive by only adding a rainbow to your products again just like all the other big corporations for this month.”

The brand responded to this backlash which only earned more outrage from the community.

Please be advised we’re not donating any money at present but we’ll be keeping this in mind for the future. We wanted to show our commitment to the LGBTQ+ Community with this model alongside our existing Pride models & hope that it’ll be a benefit & encourage awareness. Thank you

Comments include people either calling out Hornby for putting profit over people, or defending the brand saying they aren’t obligated to donate, as long as they’re raising awareness. One user responded: ”I love your honesty. I don’t know why people [are] indignant. [After] all, [this] is what all brands do on June.”

Fixed your artwork for you. Don’t worry I won’t ask for royalties 😉 pic.twitter.com/NZps6rTyXB

The fact that 35% of LGBTQ+ employees in the UK feel they can’t reveal their sexuality for fear of backlash in itself is problematic. Businesses need to deomnstrate allyship and inclusion by examining their policies and values. Here are four ways to get started.

Don’t get caught up in Pride fever. Ask yourself why supporting LGBTQ+ causes means so much to you. On a fundamental level, human rights includes all rights, so there’s a natural inclination to support these issues. However, what is your purpose as a business when it comes to truly supporting inclusivity? How can you authentically communicate this support?

Does your company support for LGBTQ+ issues have any impact? Look into charities and organistions furthering the clarion call for equality for the LGBTQ+ community. Which of these organisations make an impact that aligns with your business values? What are the issues that matter the most to the community and how can you support them?

LGBTQ+ issues are persistent, so why would your policies only matter in June? Think of your official brand stance on the issues that matter to the community and how you can consistently work towards this.

LGBTQ+ diversity and inclusivity needs to be a long-term pledge. Research shows a 16% pay gap between straight employees and their LGBTQ+ peers. The same research revealed that more than six in ten LGBTQ+ workers have been made to feel uncomfortable while working, with a third directly experiencing homophobic behaviour. Is your business one of the offenders? Do you have adequate representation at senior levels and beyond?

Look into your anti-harassment policies to protect LGBTQ+ employees. Are they robust and are they enforced? Is there a wage or promotion gap in your business between straight and LGBTQ+ employees? Actively look at opportunities for advancement for all staff. Are there gaps where marginalised group aren’t getting ahead? Once you run a company-wide audit, use the data to figure out why blocks exist, if any.

Ultimately, inclusivity and diversity initiatives can only help your business. If your business is a true ally, your work empowering and celebrating LGBTQ+ employees and customers will help you truly further the cause. This authenticity will place you on the right side of history more than a rainbow-coloured logo ever could.