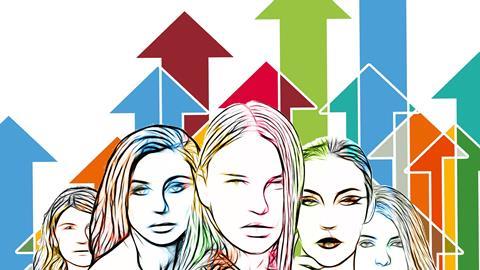 The role of women in business may be growing, so why are we so short of exceptional female role models?

This was the question presented by Alastair Campbell to over 250 senior professionals from the finance and technology sectors at a prestigious networking event at No.1 Poultry’s Coq D’Argent in London on Wednesday (23rd September).

The event was hosted by boutique executive search firm McSherry Brown, and as guest speaker Campbell revealed his top 12 exceptional people, of which only two were women.

Campbell was given a specific brief by McSherry Brown founder Claire-Louise McSherry to select twelve exceptional people he had worked with or come into contact with, and use each to give one or two indicators as to why they were exceptional, and how those qualities might be applied by others.

During a time of questions after his speech, Campbell was challenged on his selection of exceptional people, with several asking why more women hadn’t made his checklist.
After the event, he blogged,

“Unsurprisingly, the gender imbalance came up in the Q&A. ‘Why wasn’t Mrs Thatcher in there?’ I was asked. I found myself making a broader point, which didn’t go down well with the women in the room, but has a ring of truth to it. Whether you look at history, or the current day, most of the people who would be defined as the best and most exceptional in their field tend to be men”.

“If I had been asked to do a list of 12 exceptional women, I could have done so, and there are plenty to choose from. But there are more men to choose from, and I don’t think it is sexist to say so,” added Alastair.

Claire-Louise McSherry believes that there are many facets to being exceptional and that they aren’t gender-specific, such as courage, self-awareness, followership and being a visionary.

“Everyone is entitled to their own opinion about what makes someone exceptional. At McSherry Brown, we’ve devised our own methodology for what makes people exceptional in the fields of financial services and technology. It’s a science for us and it is what has enabled us to excel at placing exceptional people in senior positions across the globe for some of the world’s most prestigious organisations.”

“As a firm, we are very aware that the ratio of men to senior women in technology and financial services is highly skewed in favour of men. In fact, we have a network of exceptional senior women across the global ‘our exceptional women’s allumni’, which we are launching in November.”