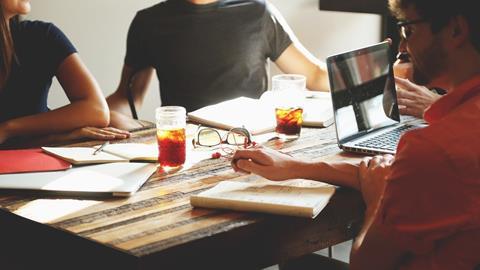 UK job board Totaljobs has published its latest research examining the shifting emotional behaviours of UK workers during the unprecedented COVID-19 outbreak.

The majority of workers are understandably experiencing fears for their health (87%), while the troubling wave of recent job cuts and furloughs has left two-thirds (67%) concerned about job security.

This nervousness, coupled with sudden behavioural changes brought about by Government measures is also impacting the wellbeing of the 64% of the UK workforce who are now working from home, for instance:

However, just as fears and anxieties of workers have understandably increased during this stressful and uncertain period, so too has our empathy and concern for colleagues as UK workers band together to support each other.

In fact, as many as 86% say they’re currently concerned for the health and safety of co-workers. Almost as much as for themselves (87%).

The study also reveals that 81% of people are making more of an effort to reach out to their co-workers. Over two fifths (44%) say they’ve done so because they recognise it’s a difficult time and want to show their support.

As well as taking digital breaks together (19%) and setting up fun online activities (16%), over a quarter (28%) of those currently working from home find themselves talking to colleagues more outside of work hours.

Millennials are the most likely to ‘do their bit’ for colleagues (67%), especially when compared to the Baby Boomer generation (46%).

These new ways of working are having a wider effect, changing how workers perceive their colleagues and how they choose to communicate with each other.

Whilst the number one aspect most workers miss about their workplace is the daily chit-chat (44%), today’s findings suggest that colleagues are now addressing topics that previously went unsaid.

Millennials, more than any other age group, are showing clear signs that they’re now more comfortable discussing both work (55%) and personal (61%) stresses including health-related worries (59%) – with their co-workers than prior to the outbreak.

This newfound desire to share their concerns is likely linked to other figures from the study revealing that millennial workers are twice as worried as Baby Boomers (57% vs 25%), and the most likely to experience loneliness over other age groups at this time: 63% feel socially isolated compared to an average of 55%.

The overall result has been a positive shift in how workers see and value colleagues. 70% claim that since working from home, their perception of their colleagues and their personal lives have changed, particularly in regards to a co-worker’s family situation (27% increase), living arrangements (24%) and mental wellbeing (22%).

This increased awareness has the knock-on effect of making workers more understanding of others. 29% said they now have more empathy for their colleagues and even a wider admiration for them (29%). For a lucky 22%, the current situation has gone further and allowed them to develop friendships with co-workers.

COVID-19 has sprung upon the nation a wave of drastic new measures in a short space of time. Workers agree that this is a potentially troubling and vulnerable time for many, with 87% in agreement that people are more likely to feel lonely, or anxious.

However, today’s figures show that where colleagues are supporting others, it is having a resoundingly positive effect. More than three quarters (77%) of those surveyed said they’re grateful for their colleague’s support and 73% say that they appreciate their co-workers more since the crisis started. This sea-change in how co-workers perceive one another may go some way to explaining why so many (73%) are looking forward to their eventual return back into the workplace.

Commenting on the results, Lynn Cahillane, Head of Marketing at Totaljobs, says:

‘‘The latest research from Totaljobs shows us that against the backdrop of a constantly changing environment, employers need to remain mindful about the potential unease among their team, and encourage support and awareness, not only for the sake of staff’s physical welfare – but for any increased mental stress people may be experiencing as a result.

That’s why it’s so encouraging to see such large numbers of workers taking the initiative to reach out and support their colleagues during a period of unprecedented disruption.

Teams should be encouraged to share their worries with line managers, who themselves have an important role to play in ensuring vulnerable employees are supported at this time. For those able to work remotely, making the most of today’s technology means people can easily check in with each other and keep socialising (virtually) with colleagues. For businesses employing key workers, clear messaging around what measures should be taken to protect employees’ health and wellbeing is essential.

To help resolve potential career concerns, employers should be as transparent as they can to keep staff well informed as to the current status of their business.”

Dr Aaron Balick of the Department for Psychosocial and Psychoanalytic Studies at the University of Essex adds:

“It’s a paradox that in a time of ’social distancing’ people are more aware than ever of their relational needs. In missing our usual workplace banter and support, we are seeking new ways of achieving it, being more conscious about how we reach out to others, and finding out the social pleasures we had in the workplace but were somehow unaware of before.

Working from home can increase worry, stress, and loneliness for many people. Levels of anxiety are increasing with people concerned about their health, job security, and health of their colleagues and loved ones. This means that working from home should be more about work, and become another opportunity to seek and provide comradeship and support during challenging times for all of us.

Without the natural rhythms and structures provided by ‘going to work’ we have to be more active in providing those sorts of things for ourselves. Our employers and teams can help us do this, but they need to consciously adapt to the changed situation. Bosses and managers need to be in more intentional contact with their teams, and staff need to be more vocal about their needs and struggles than before.”