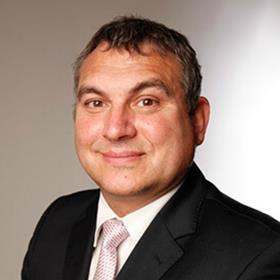 Steven Smith founded Poundland in December 1990, changing the British High Street and the way people shop. 85% of all people in Britain have been into or shopped in a Poundland store. Steve’s theory is that if you get the pricing right, everything sells and that there is no such thing as bad products, only bad prices. He was proved right, when they took £13,000 on their first day and he sold his business for an astonishing £50 million in 2002. The industry is now worth a staggering £5 billion.

The idea of Poundland was born when Steven started work on his parent’s Bilston market stall in the West Midlands at the age of 14 and noticed that sometimes they made more money from items in the 10p – £1 box than from the taking from everything else on the stall! He left school at 16 and set up his first shop at 17.

Steven and his wife Tracy, worked hard when they set up the first store, stacking shelves by day and sleeping in a van overnight outside because they couldn’t afford a hotel. As a child, money was tight, but selling was clearly in his blood. He and his family lived with his grandparents as a child until his parents eventually took him to live in a flat – he can still remember having to share one portion of chicken and chips between them and smelling urine in the graffiti covered lifts. He looks back on the hours he spent with his mum painting the patterns back onto the threadbare carpets – a world apart from the one he lives now in a £7 million Shropshire mansion with sports cars parked outside and its own helicopter pad!

Steve grew the business, whilst Tracy was in charge of HR and payroll and bringing up their family. Now, all three of his children have full time jobs connected with the family business, including online retailer Poundshop.com and get their drive to work hard from their parents as Steve did himself.

Since Steve was part of BBC1’s prime-time programme “Pound Wars” his profile has risen considerably. In addition to this, there was a “Real Stories” programme about him on ITV1 and he and Tracy were seen house hunting in the recent “Million Pound Properties” series on Channel 4. Steve is also regularly interviewed on national and local TV and radio and in numerous newspapers and magazines.

As a result of his phenomenal success, Steve is keen to give something back. Since being voted Britain’s Best Boss a few years ago and ambassador for the RBS/NatWest Entrepreneur Spark. He is also Retail Ombudsman, where his job is to oversee the department in London that is responsible for dealing with complaints from consumers and retailers over the UK.