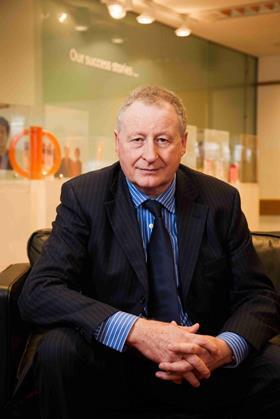 Today Fear has an established property empire and interests in a number of industries, centred on the Fear Group global research facility established in 1983.

Often referred to as ‘The Phonebox Millionaire’, Fear is also notable for having been Entrepreneur in Residence and Ambassador at the British Library from 2012 – 2016, a position formerly held by the late Dame Anita Roddick.

In July 2013, Fear was awarded an honorary Doctorate of Business Administration from the University of the West of England for his continued service to Entrepreneurs and Entrepreneurship.

Recently, Fear received a lifetime achievement award presented by The Bristol Post and was a member of the Bristol Education and Skills Commission.

Fear combines a successful business career with his philanthropic interests. He is a Patron of Lucy Air Ambulance for Children.

They are a registered charity that is dedicated to delivering air transfers for seriously ill babies and children in the UK. They provide elective (planned) medical air transport between local hospitals and specialist critical care units. The service is provided at no cost to the families of the children involved.

Fear regularly writes and is featured in the press, blogging on behalf of the Huffington Post and writing a monthly column in the Bristol Post’s Business section.

He is regularly approached for comment on Business, Political and Ethical matters and featured in a full page interview published on the Money page of the Financial Times (14th March 2015) in the hugely popular “My First Million” series.