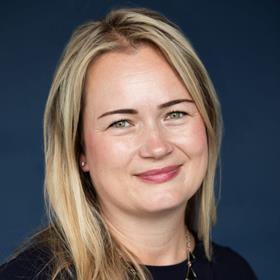 Sophie Milliken is founder and CEO at Moja Group. Moja work with entrepreneurs and senior executives to amplify their personal profiles and become known authorities in their industries.

In her first business, Sophie led recruitment and employability experts, SRS, to become the leading provider of assessment-centre simulations for universities and trained over 30,000 students at these events. Sophie also worked with employers such as M&S, JP Morgan, Expedia and AXA to design and deliver their graduate recruitment campaigns.

Sophie has been a Fellow of the Chartered Institute of Personnel and Development since 2013 and was awarded a Fellowship of the Royal Society of Arts in 2019. Her first book, From Learner To Earner was published in August 2019, becoming a best seller in October. Sophie’s best-selling second book, The Ambition Accelerator was published in February 2021 and includes advice from Dragons’ Den star Sara Davies MBE and The Apprentice’s Linda Plant. A podcast accompanies The Ambition Accelerator and includes interviews with the women included in the book.

A multi award-winning businesswoman and proud mum, Sophie also enjoys supporting the North East region. Sophie is a supporter of Northern Power Women and co-founder of City Ladies Networking. She is Chair of Smart Works Newcastle and has achieved huge success delivering the aim of doubling the number of unemployed women supported with interview clothing and coaching across the North East and securing Sara Davies MBE as the charity’s ambassador. In June 2021, Sophie became a Founding Ambassador for Every Child Needs a Mentor.