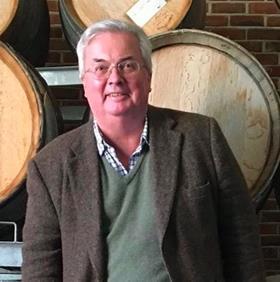 Simon Robinson is the founder and owner of Hattingley Valley Wines, one of the UK’s leading brands of sparkling wine. The business was started in 2008 and produces up to 700,000 bottles of wine each year depending largely on the weather. Widely distributed in the UK, it is also exported to over 15 countries, including the USA, Japan, Australia and Scandinavia.

He served as chairman of Wines of Great Britain (which is the association or wine producers in the UK) and its predecessor, English Wine Producers for seven years until 2021. Before his retirement in 2013, Simon had worked as a lwayer in the City of London for over 35 years, including 24 years as a partner of Slaughter and May.