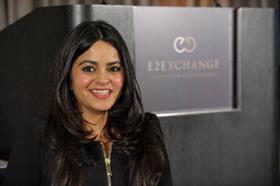 Shalini founded E2Exchange (E2E) in 2011 with the mission to develop the largest & most active entrepreneurial ecosystem in the UK to enable extraordinary entrepreneurship.

Prior to establishing E2E, Shalini was an Investment Director at LDC, the private equity arm of Lloyd’s Banking Group and historically, she ran the Group’s ‘plain vanilla’ International Trade Finance business.Shalini co-founded the world’s first online ‘bank to bank’ trade finance company. She was a Management Accountant at Deutsche Bank and worked in various finance related roles for Bankers Trust, NatWest Bank and Coopers & Lybrand.

Shalini is a Member of the Mayor of London’s Business Advisory Board. She is a Non-Executive Director of UK Export Finance (UKEF) and a Fellow of Burton & South Derbyshire College. Shalini is also a judge for the Great British Entrepreneurs Awards and The National Business Awards. Shalini is a Champion for Tech London Advocates, a Member of the Advisory Committee of the Commonwealth Entrepreneurs and an Ambassador for Recordsure. She was formerly on the Advisory Board of the Centre for Entrepreneurs (CFE), The Development Board of the Royal Philharmonic Orchestra and was a judge for IBM Smartcamp.