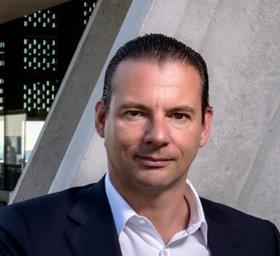 Sean is the Founder and Chief Executive of Ramsden International, trade advisor and a champion of UK Food Export. Ramsden International is the UK’s leading international wholesaler of British grocery brands, exporting over 24,000 products to more than 650 customers across 133 countries on every continent. As an value-added service provider, they offer customers the complete supply chain solution, from sales and category management to logistics and relabelling. Their customer base ranges from small, independent retailers to large supermarkets and wholesalers. Company turnover is £50m and they employ around 100 people. Their UK office is based in Grimsby, and their international offices are in; Greece, South Africa, Singapore, Hong Kong and Dubai.

Sean has led Ramsden International to win three Queen’s Awards for Enterprise in International Trade, along with 80+ other awards across a 20 year period, and is himself is the winner of numerous Entrepreneurship awards, as well as a regular commentator in the media and speaker at conferences and events. Sean was also recognised in the 2020 New Year’s Honours List, and awarded an MBE for services to International Trade.

In addition to his executive role at Ramsden International, Sean holds pro-bono roles as a Non-Executive Director at the British Chambers of Commerce and Trustee-Director of the Institute of Export, and in addition sits on the Management Committee of the Food and Drink Exporters Association and the Department for International Trade Strategic Trade Advisory Group. Sean is a graduate of Cambridge University and an alum of Harvard Business School.