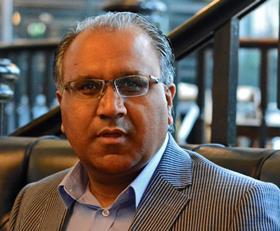 Safaraz (Saf) Ali is a social entrepreneur and started his journey in 2000 by founding Pathway Group: an organisation dedicated to changing lives through skills and work.

As the CEO of Pathway, Safaraz is committed to career development and progression through continual learning, reflected in all aspects of his ethos to business. Working within the Skills arena and the welfare sector, the group provides career opportunities through traineeships, employability, and apprenticeships programmes.

Safaraz is the co-founder and chair of Nationwide Care Services Ltd, a home care business working with NHS Trusts and Social services and presently employing over 850 people across the Midlands and this in addition to his other business interests leads to over 1000 people employed under the various group of companies.

In recognition of his position within the business and social entrepreneurial community, Safaraz has been invited to not only judge for the Great British Entrepreneur Awards plus several  other prestigious awards, he is:

·       Head Judge for the Birmingham Awards

The BAME Apprenticeship Awards (previously known as Asian Apprenticeship Awards) is probably Safaraz’s most significant legacy. The work he has done towards the cause has laid the foundations for future generations. Outside of the awards, Safaraz continues to campaign for a collaborative approach to increase the numbers of BAME apprentices nationwide, aspiring to translate this to the broader UK workforce where BAME representation would be worth £24 billion per year to the economy.

As part of this continued commitment, Safaraz is driving the BAME Apprentice Network brand setup to promote ethnic diversity within apprenticeships by sharing good practices and encouraging organisations to talk about the issues and possible solutions and signup to their DEI Pledge.

Safaraz is active and a Social CEO and operates several social media channels himself such as: