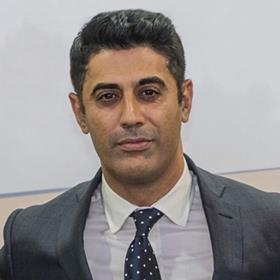 In 2002, I moved from Manchester to Birmingham to launch my first business, a technology services company specialising in offshore development, which was in partnership with an American firm. Since then I have set up, and been involved in several businesses in the field of technology, as an investor, board director and CEO.

Currently I’m the CEO of Wow Group of Companies, which consists of two digital agencies, Wow , which was featured on Channel 4s TV show The Job Interview and Raw Jam, a digital transformation company, a content agency, Neely There and an IT Support Company vGoose.

Over the past 20 years, I have enhanced my skills of building businesses and teams, through the acceptance of failure being part of the process. I have had the pleasure of working with some amazing companies in the UK and internationally, alongside super talented people.

I served 4 years on the boards of Birmingham Chamber of Commerce from 2006 to 2010. In April 2016 I was fortunate enough to be recalled, to serve once again on the Executive board of The Asian Business Chamber of Commerce (ABCC). In 2018 I was appointed as President of the ABCC. I’m also the Vice Chairman on Ronald McDonald House Charity.

I also served 4 years on the board of UK IT Association, an initiative which was set up by Advantage West Midlands, to help collaboration and growth for SME technology businesses. Whilst serving on this board, I was asked to represent the West Midlands on a technology trade delegation to the United States and Turkey, the aim was to build closer ties with US, Turkish and UK based businesses in the field of technology.

Although business keeps me busy, I like to spend time with my two amazing children. I’m also a keen sportsman, I regularly play cricket, teach boxing and a huge Manchester United fan.

My philosophy in life and business is simple “give without expecting anything in return”.