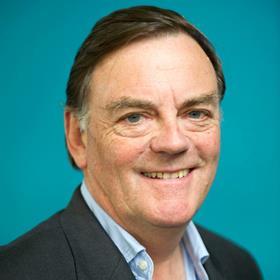 Peter Roberts was the founder and former CEO of Pure Gym from 2008 to 2015 and from then to November 2017 was Non-Executive until the Company was sold.

Pure Gym is the largest Gym Operator in the UK with 200 gyms, offering flexible, affordable, high quality access for fitness.

Peter is a serial Entrepreneur with a distinguished career in the Leisure Industry.

Amongst his earlier ventures were the Langdale Group PLC, a highly successful Resort Company sold to Scottish & Newcastle in 1989.

He then set up a nightclub company, Luminar, which was IPO’d in 1998, Countrystyle Inns sold in 1995 and a venture Capital Fund with Lazard Ventures.

In 2015 Peter was named a winner of the EY Entrepreneur of the Year Awards.

He now advises young growth companies in their development and is a Chairman of Teamsport Holdings, Youtility Limited and Gymfinity Kids.