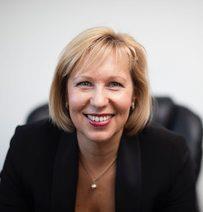 Nicola Cook is the owner of Company Shortcuts, a kick-ass sales acceleration agency that specialises in helping scale-up business leaders, and their teams, create accelerated growth and scalability in their Sales Engine.

Currently Nicola is the preferred sales growth partner and speaker for a number of organisations including, Vistage, Prelude Group, Scale-up North-East, WeConnect and Aspremont, a London based Venture Builder where she advises a number of their portfolio investments. In January 2022 she was invited to join the Advisory Board of The Trusted Executive Group.

In March 2019 Nicola was the recipient of two Vistage Speaker Awards, Best Newcomer and the Vistage Outperformer Award. She has successfully retained the Outperformer Award every year since. Company Shortcuts was also a finalist in two categories at the BESMA (British Excellence in Sales & Marketing Awards) in 2016.

Two of Nicola’s consultancy clients have completed successful exits in the past three years and she herself is a keen investor in scale-up businesses with strong ESG credentials.

Nicola also donates time to work with the ‘Speakers for Schools’ charity, for which she was humbled to receive the Worshipful Company of Educators Award in April 2020. Her own charitable foundation,The Aurora Foundation is managed by County Durham Community Foundation.

She has published two business bestsellers, that have been translated into 11 languages and in her spare time Nicola writes women’s fiction under the pseudonym Isabella Wiles.