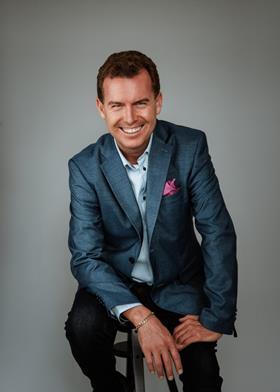 Michael is an active Entrepreneur in Entertainment & Leisure Property and holds investments in technology companies.

He is considered one of the World’s Leading High-Performance Coaches for Entrepreneurs, Business Owners, and Corporate Executives.

He also acts as a Consulting Advisor to corporations and Governments on entrepreneurialism and innovation.

He has delivered programs for many large corporations in addition to being a formal Advisor to the Minister of Economy of the Slovak Republic during their recent European Union Presidency, has advised government agencies in the Czech Republic, Romania, Poland, and the UK. As an entrepreneur, he Co-founded an entertainment and leisure property empire that owned the international Intellectual property rights to produce the household name brand of Dirty Dancing on stage. He developed, owned, or operated many of the world’s leading entertainment and leisure properties (arenas, convention centers, and theatres).

The author of The Business of Creativity and Entrepreneurs, Mavericks, and Empire Builders, Michael was also the Host of Nothing Ventured on Australia’s Sky News.

Michael acts as a Non-Executive Director to Boards, has delivered lectures at London Metropolitan University, University of Westminster and Central Middlesex University London and is a Judge of the esteemed Great British Entrepreneur of the Year Awards.