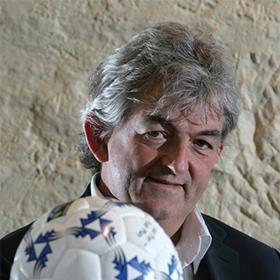 Mel Young is a leading social entrepreneur and passionate changemaker, and has spent his career fighting exclusion and inequality.

With a background in journalism, he has founded several initiatives, including The Big Issue in Scotland and International Network of Street Papers.

He is best known, however, for establishing the Homeless World Cup: under his leadership, it has grown into a globally recognised brand that has changed the lives of over a million homeless people around the world.

But Mel isn’t stopping there. Entrepreneurship is in his DNA. He has helped set up Million Seater Stadium, an online fundraising platform which raises funds for charities that use sport to transform communities around the world.

He is now harnessing his experience and expertise for an even bigger cause. His latest venture is a discussion forum with a huge ambition – to create a new, more inclusive economic system that brings together the efforts of social innovators across the world.

The New Ism will invite these trailblazers to debate across several formats how to create sustainable and widespread change.

Mel also has several other roles. He is Chairman of Sport Scotland and on the board of UK Sport, promoting the role of sport in transforming society. He speaks at events around the world and continues to write – he has a regular blog and recently released his first book, Home Game.

He is a Senior Ashoka Fellow and a Schwab Fellow of the World Economic Forum, and was awarded an MBE in 2017.

More information and contact details can be found at www.melyoung.org