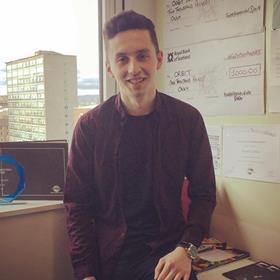 Kieran Aitken is the founder and managing director of Orbit Enterprise Education Ltd; a social enterprise that supports young people across the UK to launch their own businesses. Since launching in 2015, Orbit has supported over 500 students (aged between 16 and 18) from over 120 schools in major cities across the UK.

Orbit has hosted events and conferences with some of the UK’s leading business and political figures. Past and upcoming speakers at Orbit’s events include:

Kieran launched his first business – Milestone – when he was sixteen years old. His initial investment of £150 grew into a business that had earned over £100,000 by the time he turned twenty. He is frequently asked to speak at conferences, black tie dinners and networking events where he shares Orbit’s story and the lessons he has learned on the journey so far.