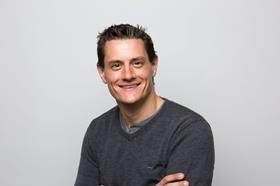 Justin Basini, CEO and Co-founder, ClearScore. ClearScore launched in July 2015 and we now have over 12m users across UK, South Africa, Australia. We put the consumer in control of their financial CV allowing them to find the best value financial products for which they qualify. With it’s beautiful user experience ClearScore was the Financial Services Product of the Year in 2016. In March 2018 Justin was selected as the PwC Private Business CEO of the Year and in November 2017 he was named the UK’s Scale-Up Entrepreneur of the Year at The NatWest Great British Entrepreneur Awards.

Justin has had a varied career building fast moving and valuable branded franchises for big companies and as an entrepreneur. His early career started with Procter & Gamble and then moved into consulting with WPP. Justin then joined Deutsche Bank in retail e- ventures moving to work in Corporate Finance. From 2006 to 2009 Justin was Chief Marketing Officer for Capital One in Europe running all market facing initiatives. In 2010 Justin founded ALLOW which offered consumers the ability to protect their data and privacy.