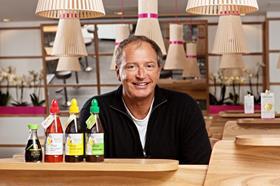 Julian Metcalfe OBE is founder of Asian-inspired food outlet itsu, which sells its sushi, salads and noodle health-foods in over 70 UK shops (and 1 in New York) and its branded products in supermarkets such as Sainsbury’s and Waitrose and online through Ocado and Amazon.

Julian is also co-founder of Pret A Manger, the fresh sandwich, soup and salad chain, which he started in 1986 with a £17,500 loan. It now operates in six countries.

Julian studied at the Polytechnic of Central London and received an OBE in 2014 for services to the hospitality industry.