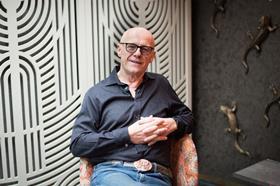 Self-made billionaire John Caudwell grew up in Stoke-on-Trent in Staffordshire, England, and discovered his commercial and creative streak at a young age. It was in the mid-1980s, when operating a successful car dealership in his hometown, that he turned a communications problem into a business opportunity.

John founded Caudwell Group, the pioneering telecommunications company which included Phones 4U, the UK’s largest independent mobile phone retailer with over 600 stores across the country. When he sold Caudwell Group in 2006, the business was selling 26 phones a minute.

“Nothing gives me the same feeling as helping people”

While John remains active in the business world, he now devotes most of his time to his lifelong philanthropic ambitions. As a signatory to the Giving Pledge, John is committed to giving at least 70 percent of his wealth to charitable causes during and after his lifetime.

John gives significantly to and raises the profiles of causes which struggle to receive the attention, funding and assistance they so desperately deserve. Through his charities, Caudwell Children and Caudwell LymeCo, John’s focus is on improving the lives of those with disabilities and Lyme disease.