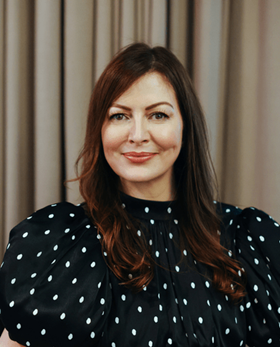 Founder, Investor and Board Advisor – Jo advises the founders, funders and boards of some of the world’s most disruptive, tech fuelled scale-ups. She is seen as one of the most trusted talent advisors in the UK and is immersed in the startup and scale-up ecosystem. Jo founded, JD&Co in 2011 from her bedroom and its now one of the leading headhunting and people advisory firms in Europe building the boards of the most successful scaleups around today.

As a female founder, she also understands first-hand how much more difficult it is for female-led businesses to attract investment and achieve growth, which is why she began mentoring and is now an active investor in female led businesses and part of the Alma Angels Network. Jo is also an investor and board member to several exciting scaleups focussed on sustainability, the circular economy and optimum health. She champions diverse and inclusive working environments and is a self-confessed wellness devotee and health hacker.

Giving back to the entrepreneurial ecosystem for the next generation, Jo became a supporter and judge for the Great British Entrepreneur Awards and is about to re-join the judging panel for the sixth year in a row!