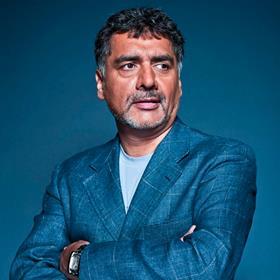 James is the voice of business, dedicated to championing entrepreneurs and highlighting their importance for the UK economy.

After selling Alexander Mann, James launched Hamilton Bradshaw to be the leading investor in UK recruitment businesses. After 10 years, HB has become the UK’s number one choice of investor in recruitment.

As a result, they are one of the world’s fastest growing recruitment companies with over 1,000 staff and a portfolio turnover in excess of £500 million.

HB’s knowledge and expertise is unparalleled to scale the businesses in which they invest and this is enhanced by the intellectual capacity they have in the network of more than 30 CEOs across the portfolio.

When James sold his first company in 2002, he took a year off from his professional life in 2004 to reflect on his journey and his achievements.

That year saw him go back to Pakistan, the country of his birth. In 2010 the James Caan Foundation was re-launched as a public charity driven by James’ daughter Hanah. The JCF has a firm focus of three key areas: Education, Entrepreneurship and Development.

James launched ‘The Build a Village Project’ in 2010 after seeing the aftermath of the Pakistan floods first hand. James built the Abdul Kashid Khan campus, which educates over 400 children in a rural village outside of Lahore and in 2014, the JCF supported 400 would-be entrepreneurs from vulnerable families affected by the floods whose income had been destroyed to start up their very own micro-enterprise businesses.

James Caan was a founder and Chairman of Start-Up Loans, a government funded scheme to provide advice, business loans and mentoring to startup businesses from across the UK. Since 2012, 26,000 businesses have been backed, creating over 32,000 jobs. A new business is started every hour, averaging nearly 30 new businesses a day.

James was invited to join the panel of investors on BBC2’s flagship business investment programme Dragons Den in 2007. James was on the panel for three years and invested over £1m in 14 companies who successfully pitched to him. James has also hosted two series of CNBC’s The Business Class, where he was on a mission to help the country’s most promising startups and young businesses succeed.

This year, James began hosting ‘The James Caan Business Show’ on LBC, welcoming inspirational guests such as; Matt Brittin, President of Business Operations at Google EMEA, Luke Lang, CMO of Crowdcube and Chuka Umunna, Shadow Business Minister to discuss the topics that really matter to startups and entrepreneurs listening in.

As a leading voice for UK business, James regularly speaks at key business events such as The Business Show, MADE festival and Global Entrepreneurship Week. James is an exceptional and charismatic speaker, and is in high demand to deliver keynote speeches for blue chip clients such as Google, Santander and Samsung.