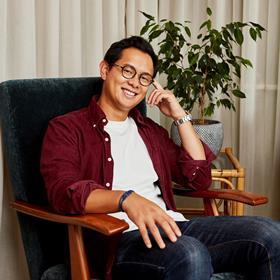 Howard Wong is the co-founder of Little Moons, Europe’s leading mochi ice cream brand. Howard began his career at JP Morgan but, having grown up in an entrepreneurial family with parents who built and ran a successful bakery business, had always wanted to start his own business. Inspired by both a love of his parent’s traditional mochi, Howard and his sister, Vivien, came up with the idea to bring mochi with the modern twist of an ice cream centre to the UK. And so, in 2012 he left his job in the City and co-founded Little Moons. Fast forward to today and Little Moons is now listed in all major retailers in the UK, as well as across mainland Europe, employs over 300 people and is the single largest driver of growth to the UK ice cream category.