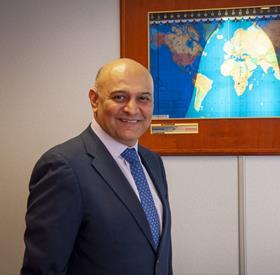 Dr Nik Kotecha OBE is an award-winning entrepreneur, business leader, philanthropist and the Founder and Chairman of Morningside Pharmaceuticals Ltd.

Since inception in 1991 the business has supplied quality medicines to more than 120 countries internationally, as well as become one of the leading manufacturers and suppliers of generic and branded medicines to UK pharmacies and hospitals.

With a passion for drug discovery and international trade, Dr Kotecha has grown Morningside into one of the Midlands’ leading Life Sciences businesses, as well as become an active Midlands business leader, taking up Board and Advisory positions for the CBI, LLEP, Department for International Trade (DIT), Midlands Engine Health & Council and the East Midlands Chamber of Commerce.

In 2018 Dr Kotecha received a Board of Trade Award from former Secretary of State for International Trade, Dr Liam Fox, as well as accompanied former Prime Minister Theresa May on her first overseas trade mission to India, in 2016.

Dr Kotecha was honoured to be named the Midlands and National Innovation Entrepreneur of the Year at last year’s awards.

Alongside the significant charitable work of his Loughborough-based pharmaceutical business, Dr Kotecha has also established the Randal Charitable Foundation, which has a clear, unwavering vision that is to directly save lives and significantly improve the quality of life for those in need in the UK and around the world.

Its focus is to support issues connected to health, disability, mental health, addiction, poverty, education and social disadvantage. The Trustees’ aspiration is to save and improve the quality of life of 1 million people globally.