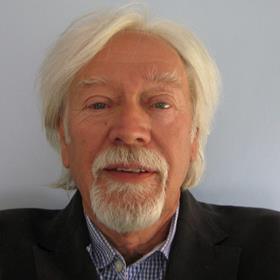 David has had a long and varied business career. Curiously, he started work as a teacher but began selling freezers (when they were not common) in the evening; this convinced him there were lucrative and interesting opportunities elsewhere.

He joined a North American publishing house and sold school, academic and trade books. Having learnt the ropes he moved on to a larger competitor, which was part of an international media business. With time at management college, varied experience and one or two good mentors, he became a group Managing Director.

Now feeling overconfident, he with a partner and P.E. backing, bought a Directory / Information business from the Receivers. The revenue came mainly from the Middle East and this proved to be a strategic issue; they eventually wound it up.

A spell running Athena International, famous (for those old enough to remember it) for a certain poster! was followed by a sojourn in Blackpool. This led to an opportunity in a large Dutch International Corporation which brought him back into publishing and media. Based in the UK and Amsterdam, during his time with the company, he was CEO of several businesses, the last being a European business with 10,000+ employees spread across virtually every European country, in the Legal, Tax and Business segment.

But the chance to run a UK Stock Market business is a rare opportunity and so he returned to the UK as CEO of Taylor & Francis, a well-respected publisher of academic books and journals. A merger with Informa created what is now a FTSE100 company with leadership in Events, Exhibitions and Data. Having retired as Chairman he was successfully backed by Private Equity in the buyout of the UK’s most successful ‘testing and appraisal’ business.

He and his current business partner initially floated an opportunistic acquisition company, but now have a private investment company, GPAC, which has investments in Media segments, including GBEA.

Throughout his career David has also been a private investor in numerous small and emerging businesses. In fact, he owned an Audio-Visual business for 10 years. He continues to offer capital and management support through the stakes he holds in a number of small businesses today.

He is a keen racehorse owner, plays golf erratically and much against his wife’s advice continues to buy more cars! David is also a keen charity supporter, especially to Livability, where he is a major donor.