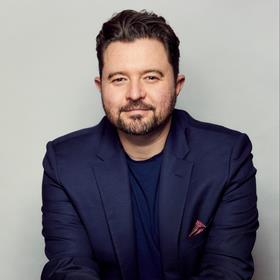 DANIEL PRIESTLEY started out as an entrepreneur at age 21 and built a multi-million-dollar event, marketing and management business before the age of 25. A successful entrepreneur, international speaker and best-selling author, Daniel has built and sold businesses in Australia, Singapore and the UK.

Having a passion for global small business, Daniel is the co-founder of Dent Global which runs world-leading business accelerators and events. Dent has teams in the UK, USA, Singapore and Australia, and they work with thousands of entrepreneurs and business leaders each year to develop their businesses.

As an active fundraiser, Daniel has helped to raise over £450,000 for various charities, and is connected to some of the world’s most known and celebrated entrepreneurs and leaders.

In 2016, he was listed in the Top 25 of the Smith & WIlliamson Power 100 which shines a spotlight on the influencers who champion and most impact the lives of entrepreneurs. In 2018, he was named Britain’s Top Business Adviser in Leadership and Management by Enterprise Nation.