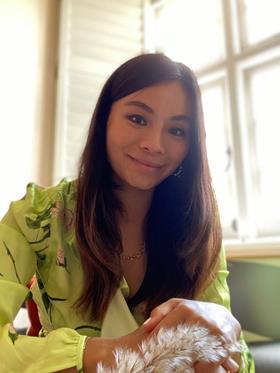 In 2012, Korean-born and US-raised Connie Nam left a career in investment banking to set up a challenger online jewellery brand from her kitchen table – now turning over £10m and ranking 9 in the Sunday Times Fast Track 100.

The retail store network has been complemented by pop up stores in the UK and USA with capital secured through two successful funding rounds – one while Connie was pregnant – and all this was achieved while raising two toddlers.

In 2018, Connie introduced in-store piercing and in 2019 added tattooing. The introduction of these services collectively boosted her turnover by 350% in 2019. The online business was strong from the start, but Connie has ramped it up further in the wake of the COVID-19 outbreak with a focus on an experiential approach to retail, building on the physical stores’ emphasis on Instagrammable moments. The online community has flourished with 100% sales growth in 2020 Q1 on 2019 amid frequent and inspired innovation from product launches to extras, such as bookable appointments with an online stylist.

The future holds physical expansion within the UK to towns including Brighton and Manchester, as well as international ambition, having built up a loyal fanbase stateside. In 2019, Connie and her all-female retail team hosted three pop-up stores staged in Soho, New York, achieving sales of $10,000 a day and its success led to plans to open a store in the area in the near future.

Connie’s cult brand has has attracted a celebrity following with Ella Woodward of Deliciously Ella, much-loved This Morning presenter Holly Willoughby and Tiffany Watson of Made in Chelsea TV fame among many well-known names to get pierced at Astrid & Miyu.