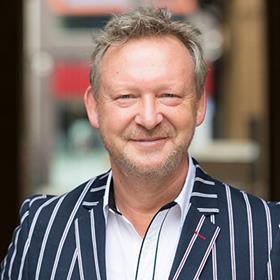 Bill qualified as an accountant at Virgin, but was a very bad one. (Accountant, that is not virgin)

He then moved into Investment Banking and was shockingly bad at that as well. “They saw through me in 3 days”

He lucked out and sold his business to a Wall Street Bank, retired, and discovered he was bad at that as well.

Bill then set up Angels Den in 2007 with some very clever people and appears to have finally found his niche.

He has been named the most influential figure in Alternative Funding by City AM and perhaps more importantly 92% of all the businesses funded since that fateful day are still growing with the help of 19,000 angels.

AngelsDen.com facilitates over 5000 pitches per year, across 10 countries and there are not many businesses he have not seen pitched badly.

Bill started off thinking it was all about the money, but now realises that the value-add angels bring is not their money, but their mentorship and contacts.

Just throw your money into a deal and you will lose most of it.