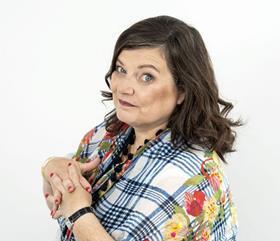 Anne Boden is the founder and CEO of Starling Bank.

Anne began her career as a graduate trainee with Lloyds Bank, where she became one of the creators of Chaps, the same day payments system. Executive positions followed at Standard Chartered Bank, PWC, UBS, AON Corporation and ABN Amro before she moved on to head up global transaction banking across 34 countries for RBS.

In 2012, Anne was headhunted to become chief operating officer of Allied Irish Bank (AIB), with a brief to turnaround the then debt-ridden bank which had been taken over by the Irish government. Although the bank was returned to profitability, the experience confirmed a view which had been growing in Anne’s mind for some time: there was something very wrong with existing, outdated banking practices. Anne formed a vision for a new digital bank which would use the latest technology to put the customer first and give them ever greater choice.

Despite initial scepticism from her peers and potential investors, Starling Bank, the mobile bank Anne created in 2014, has gone on to become one of modern banking’s biggest success stories, winning multiple awards and now boasts in excess of one million new customers.

After starting life as the UK’s first mobile only current account, Starling now offers business accounts, joint accounts and a marketplace offering a range of partnerships with complementary financial partners from mortgage brokers to pensions providers.

Anne, who has been named by Forbes as one of the top 50 women working in tech worldwide, is a regular speaker and commentator on the role of fintech in modern life, both in the UK and on the international circuit. She is also a published author, with The Money Revolution: Easy ways to manage your finances in a digital world ( Kogan Page, June 2019).

Anne Boden was awarded an MBE in the 2018 Queen’s Birthday Honours, for services to fintech.