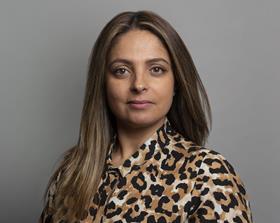 Somayeh Rahimi has worked in wellbeing for over 10 years in a range of industries including construction, charity, and technology. Somayeh has a wealth of experience in implementing and delivering wellbeing strategies and programmes. She has been a mental health first aider for 10 years and has helped train over 300 others in the role. She has been instrumental in opening the conversation around difficult subjects, such as menopause, fertility, grief, and bereavement, by creating networks and discussion groups. Somayeh believes no subject that impacts the health and wellbeing of the people in an organisation should be off limits for supportive and constructive conversation.