Coined by highly successful businesswoman Sophia Amoruso, the term “Girlboss” is used to describe a woman who is self-made, running their own business, and acting as their own boss. 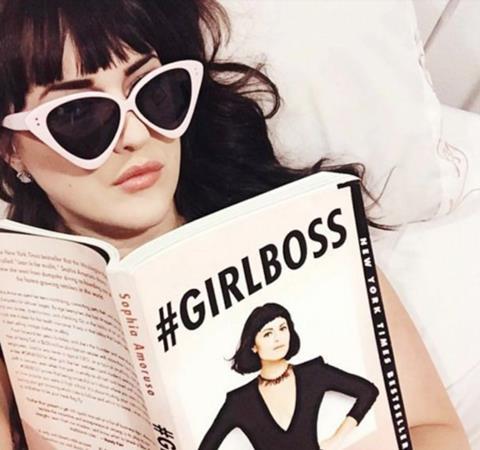 Sophia began her fast-fashion retail site from eBay known as ‘NastyGal’ in the early 2010s, from this she built herself an empire and an online shopping experience that offered affordable clothing - from her success, she then brought out her book ‘#Girlboss’ which told her story and how she titled herself a ‘girl boss’.

Thrown further into the spotlight when Netflix debuted the TV series ‘Girl boss’ about Sophia’s business life, the concept of the girl boss became the next phenomenon in the business world. With women labelling themselves as girl bosses on social media, companies producing products with ‘girl boss’ branding, and female empowerment groups being named after the term.

The concept of a girl boss in itself sounds great. However, over time, it seems to have taken a negative turn. It seems “girl boss” has become a joke at the expense of ambitious women trying to create their own path in the world.

So, why has the term ‘girl boss’ taken a fall from fame?

An article published by Early Magazine discusses how the term has even become a slur, with many jokes being made around the term, and once empowering phrases like “Just a girl boss building her empire,” have become comments used to undermine businesswomen.

Though the phrase was started to empower and shine a spotlight on businesswomen, women are now fighting back, looking to be seen as equal to their male counterparts - as they should be.

A recent article written by Amelia Sordell, Founder at Klowt discusses how she believes the term Girl Boss is on the way out, and how that’s not such a bad thing.

“Usually plastered across blush pink Instagram feeds, with #girlboss attached — we’re meant to feel a sense of community associated with being a girl boss, right? A connection to other ‘girl bosses’ just like us. But I don’t. I feel oppressed.

“The sooner we remove gender from these titles the better,” said Amelia.

Amelia’s article has spread widely across LinkedIn, with 100s of other female founders agreeing that the term Girl Boss should be left in 2022. One commenter said “Adding a gender title just diminishes the impact and power that comes with earning a certain position. It’s important to celebrate women breaking the ceiling and making a place for themselves but celebrating them for just being a woman and being able to handle business is a little biased.”

Women have worked extremely hard over the years to break down boundaries, and fight back against gender disparity, and using terms that separate female leaders from their male counterparts, could be something that causes an even further divide.

Read the full article here, and get involved in the discussion on our LinkedIn today.