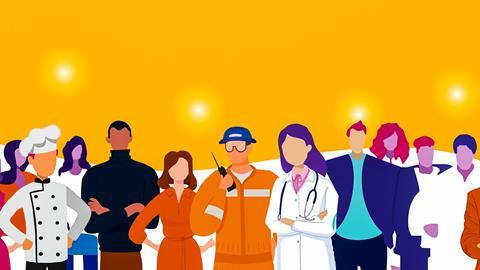 In the spring issue of the Great British Entrepreneurs Magazine, Jonathan Davies investigated why women receive less funding than men and what can be done to close the gap.

This is the second part of the article. Part 1 can be found here.

Among the disappointment and frustration, however, there is cause for optimism. Crowdfunding is bucking the trend in a big way.

According to Beauhurst, 15% of all deals and 8% of cash raised through crowdfunding go to businesses led by female entrepreneurs. Compare that with the overall venture funding market, where it is just 2.7% of all finance raised. And private equity and VC deals, where only 10% of deals and 1.75% of cash invested goes to women entrepreneurs. Three quarters (75%) of the female founders who crowdfund on Crowdcube are successful, considerably higher than the 55% success rate of male founders.

But crowdfunding isn’t just bridging the gap in terms of getting more women to raise finance. It is making strides in the number of women investing, as well. Twenty-five per cent of crowdfunding investors are female. The overall angel market is closer to 10% than it is to 20%, and let’s not forget that 2% figure from Bill.

Is it as simple as that? There is clearly something about crowdfunding that makes it more appealing and accessible to female entrepreneurs and investors.

“First of all, it’s far less intimidating than pitching to a room full of male investors where you’re put on the spot, being grilled, being judged on what you look like,” Julia explains.

“You are in the driving seat, you set out the terms of what comes out of your deal, you determine what your valuation is going to be and the terms of your deal. You’re not thinking ‘oh my god, they’re going to start negotiating down and it’s going to be this hideous process’ which you might get with angels or VCs.

“The other thing women like is the type of investors you get in crowdfunding. Crowdfunding investors bring you patient capital, which is fantastically well suited to many women-led businesses because VCs are set up to support businesses which are going to scale rapidly so they can exit within three years and make loads of money.”

It may not be his area of business, but Bill is under no illusions as to why female investors prefer crowdfunding. Less networking, less due diligence and less risk are chief among the benefits.

Julia believes that the ability to invest lower amounts helps women to gain that all important confidence.

“A lot of angel networks have a minimum level of investment, which can feel a bit risky. You can dip your toe in a little bit and get used to it with crowdfunding. As a woman, that helps you gain confidence in investing, how it works, and then step up your game.”

What needs to happen?

With crowdfunding a positive and growing area in which women can both raise finance and invest, what steps does the industry need to take to bridge the gap completely? And whose responsibility is it? With the experience of trying, and failing, to encourage more female investors into the platform, Bill isn’t clear about what needs to happen to increase the number of women investing. “We’d love to because Angel’s Den is run by amazing women. But I genuinely don’t know what to do to get more female investor engagement.”

“Women bring so much more to the table. They are collaborative, they are much more emotionally intelligent, they are often much more intelligent than their male counterparts, often trying to solve problems men can’t even see.”

Julia has a warning for all entrepreneurs – men and women – about their investment aspirations. She believes that there is too much glamourisation of fundraising, and entrepreneurs are targeting investment unnecessarily.

“People like to shout about the amount of money they’ve raised, like it’s a business goal. But fundraising is a business tool to help you achieve a wider goal. If you don’t need it, you shouldn’t take it.”

When it comes to responsibility to close the gender funding gap, however, it falls on everyone’s shoulders, Julia believes.

“Every single player in the industry needs to examine their approach to gender diversity, and look at how they are reaching out to the entrepreneurial world, how they are encouraging entrepreneurs to come forward and how they make decisions around who to invest in. They really need to look at, and understand, how unconscious bias may be coming into play. Every single player in the industry should be measuring what’s going on.”

Her message to women is to ‘do it. Just do it’. This is where her business name comes from. She says that some of the barriers out there are just “perceived barriers, and are quite easy to smash down if you know how to do it. If you don’t ‘Enter the Arena’, you’re never going to win.”